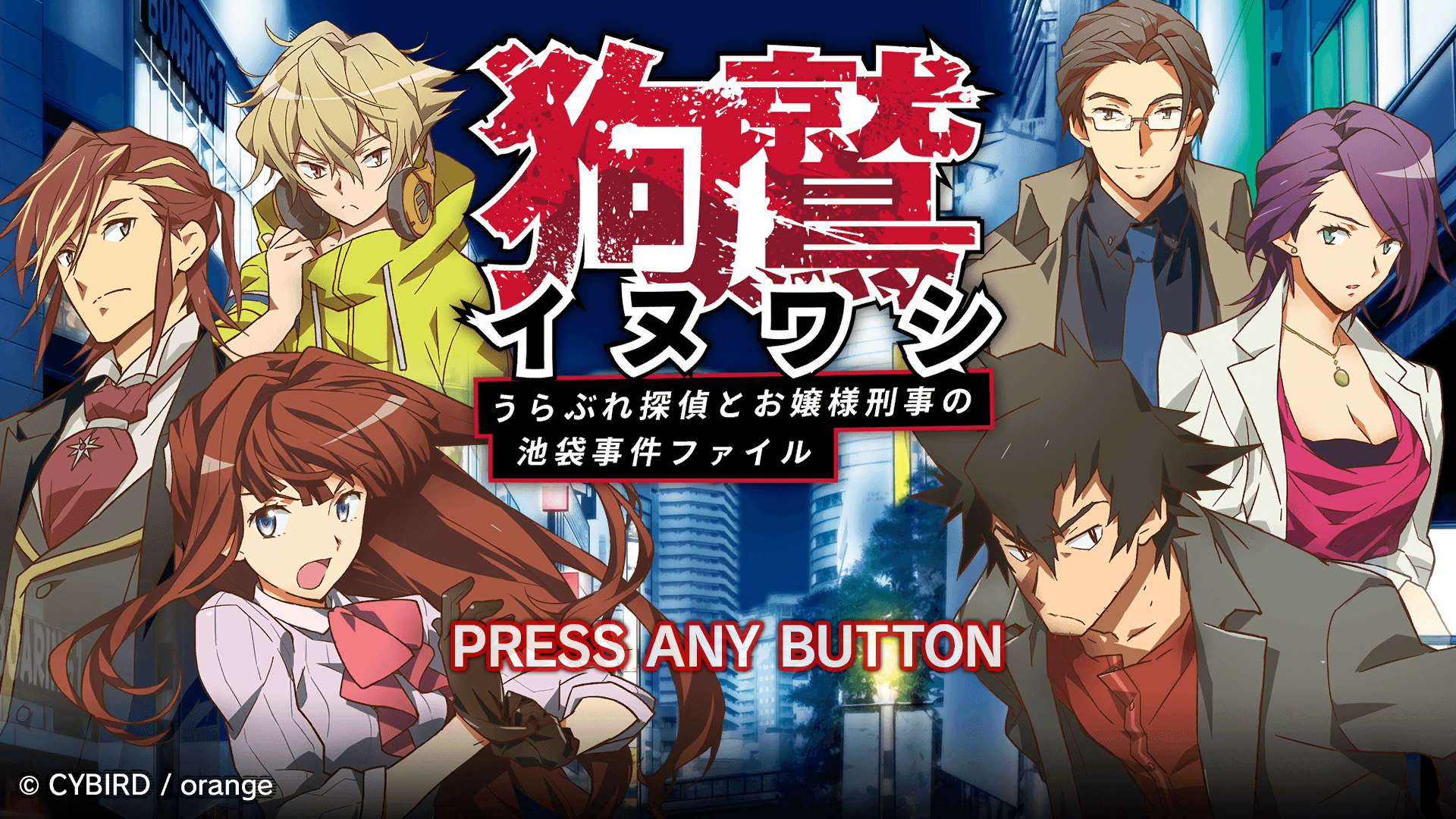 Inuwashi is an adventure game set in Ikebukuro, where a police detective with the special ability to read people’s minds and a private eye who resides in an removed area of Ikebukuro take on various cases alongside their colleagues.

Players will investigate a variety of cases ranging from suspense to comedy, the occult, and more, from the perspectives of both police detective and private eye. Join forces with unique characters such as a former gang member butler and high school prodigy hacker to solve each case.

Compared to the smartphone version released in 2015, operability seen a complete overhaul, allowing players to enjoy the lengthy, 30-plus hours story with comfortable operation.

With upscale features such as character design sheets from Kazuhiro Hara fully included, this is one that fans do not want to miss.

In Ikebukuro, a series of phantom slasher incidents by someone wearing rabbit headgear has been occuring.

During that time, Hina Washimiya visits the Inugami Detective Agency run by Eiji Inugami. Hina is the younger sister of Tsukasa Washimiya, who was Inugami’s partner back when he was a police detective. She has the ability to read people’s minds and the thoughts that dwell in objects, and asks Inugami to investigate the phantom slasher case alongside her to uncover the mystery behind her brother’s death.

From there, numerous cases occur and the mystery deepens… and eventually Ikebukuro gets involved—.

Use reasoning to solve mysteries, investi