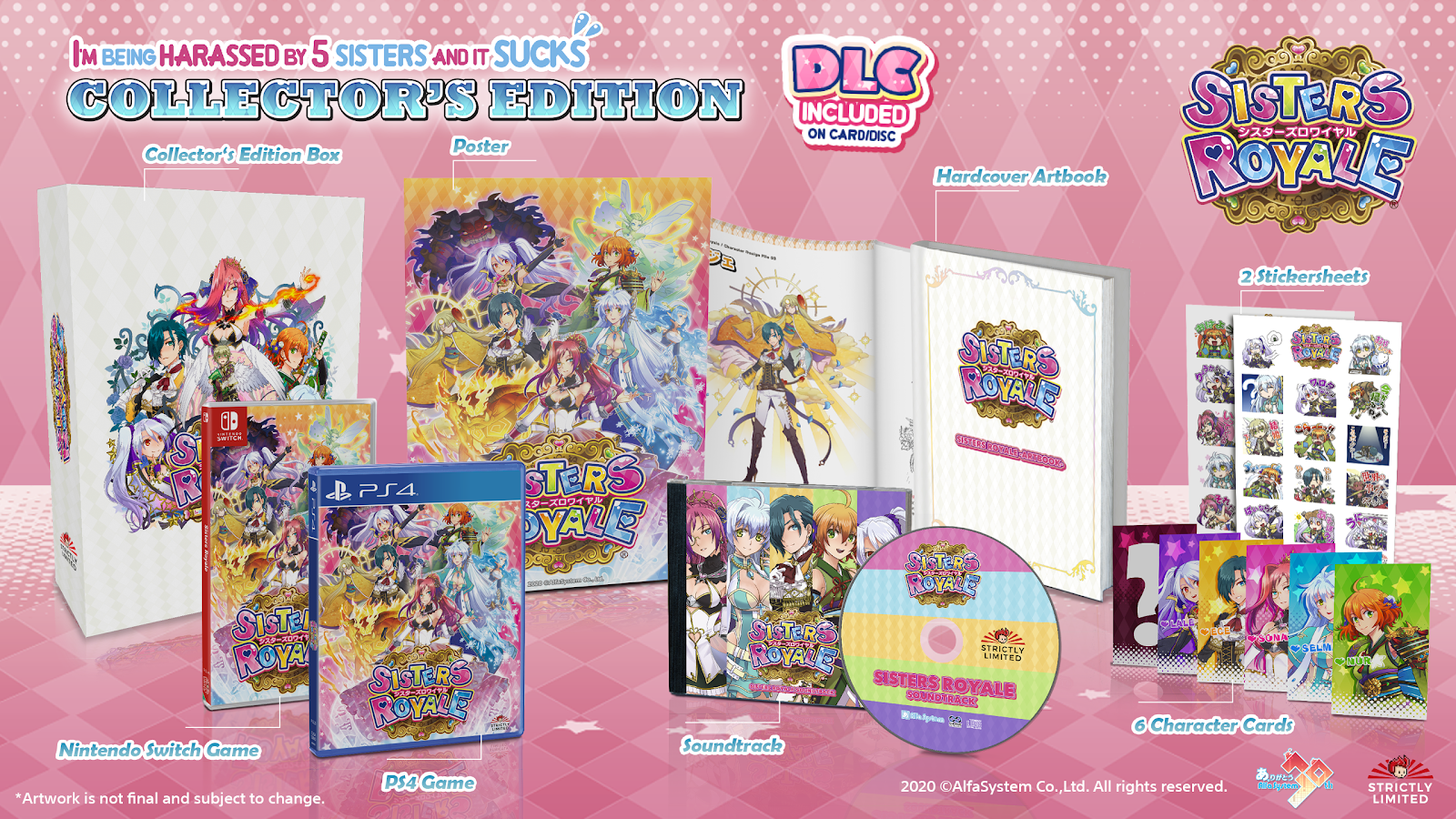 February 21, 2020 – The supercharged vertical shooter, Sisters Royale: Five Sisters Under Fire, released by Stuttgart-based publisher Strictly Limited Games, who specialise in creating quality, unique collectors’ editions of digital games, are excited to present Sisters Royale on both PlayStation 4 and Nintendo Switch. Sisters Royale is limited to just 1500 Nintendo Switch Collector’s edition and 2.500 Limited Edition copies and 999 PS4 Collector’s Edition and 1.500 Limited edition copies worldwide, with both, must have versions available for the affordable, one-off, price of 29.99€/49,99€.

For Your Eyes Only

The ‘I’m Being Harassed by 5 Sisters and it Sucks’ physical Collector’s Edition presents some high-quality goodies which include:

Five uniquely talented sisters are squabbling over which of them will marry the angel Yashin. Enjoy the heroic(?) strategies of all five!

The Tension Bonus System (TBS) means your score and number of coins multiplies based on your  distance from enemies and their attacks, and the Powershot System changes normal attacks into strong attacks, further ramping up the tension!

Plus, once the TBS has multiplied by two within a certain time, Secret Fairies will be hidden somewhere in stages for you to find.