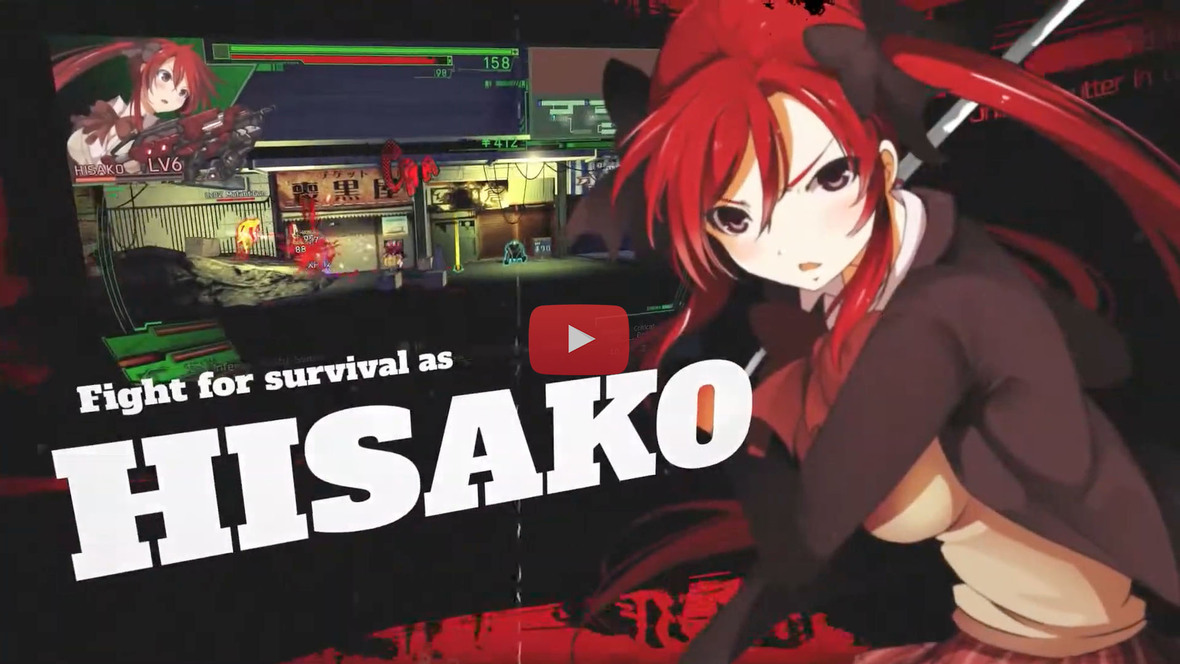 London, United Kingdom – 13th February 2020 – Marvelous Europe is today excited to announce that DEAD OR SCHOOL, a fast-paced, side-scrolling adventure from Studio Nanafushi is coming to the West on 13th March 2020 for both Nintendo Switch and PlayStation 4. This 2.5D zombie-infested adventure will be released in North America and Europe.

Join Hisako’s fight for survival against the zombie infestation overrunning Tokyo and defend her right to a normal school life in this fast-paced 2.5D adventure for the Nintendo Switch and PlayStation 4. Forced into isolation underground by the zombie apocalypse, Hisako has little understanding of the world above, but after Hisako’s grandmother reveals stories of a perfect childhood aboveground, and hands over her old high school uniform, Hisako is Inspired to fight back against the mutant hordes to rediscover the world aboveground and claim her dream of becoming a normal high school girl.

Travel across Tokyo visiting iconic locations such as Shinjuku, Asakusa, Akihabara and Roppongi using the subway system while defeating hordes of the undead at each location in both close and ranged combat. Hisako’s weapons and abilities can also be upgraded for even more destructive force while hidden collectables will reveal more about the truth behind the zombie apocalypse. Will Hisako be able to find salvation at SCHOOL, or is the world just DEAD? Find out in DEAD OR SCHOOL!

DEAD OR SCHOOL will launch on 13th March 2020 for the Nintendo Switch and PlayStation 4 within Europe and North America.

About DEAD OR SCHOOL:

Originally released on STEAM back in 2018, and previously released in Japan onto the Nintendo Switch and PlayStation 4 in 2019, DEAD OR SCHOOL: takes place in a post-apocalyptic Tokyo where humans live in isolation underground in fear of the Zombie infestation above ground. After hearing stories of high school life above ground from her grandmother, our protagonist, Hisako, dreams of experiencing this mysterious and energetic lifestyle for herself; wearing her grandmother’s old school uniform Hisako ventures into the zombie-infested Tokyo in order to reclaim the city and go to school.

As part of this adventure for a modern-day high school life, Hisako travels across Tokyo using the subway system with each mission being located at a familiar location in Tokyo. Players will travel through and explore locations such as Shinjuku, Asakusa, Akihabara and Roppongi as they attempt to defeat the zombie infestation overthrowing the city. To aid Hisako’s quest, players will also be able to upgrade Hisako’s weapons and skill sets as well as unlock entirely new weapons that will make sure the dead stay dead.

▪ Explore Tokyo in a fast-paced 2.5D adventure: Take control of Hisako and explore different areas of Tokyo through the underground subway system while defeating hordes of different zombies and huge bosses.

▪ Slice and Shoot to Salvation: Engage enemies with close-range sword attacks and long-range weapon attacks which can be combined to create deadly combination attacks on the undead army roaming the city.

▪ Upgrade and Customise your loadout: Enhance Hisako’s abilities using money and experience gained during combat with new weapons and skills.

DEAD OR SCHOOL: is planned for a 13th March 2020 release on the Nintendo Switch and PlayStation 4 in North America and Europe. Further release details and availability will be confirmed at a later date. DEAD OR SCHOOL: is rated PEGI 16, USK 16, MA+15 and ESRB M.