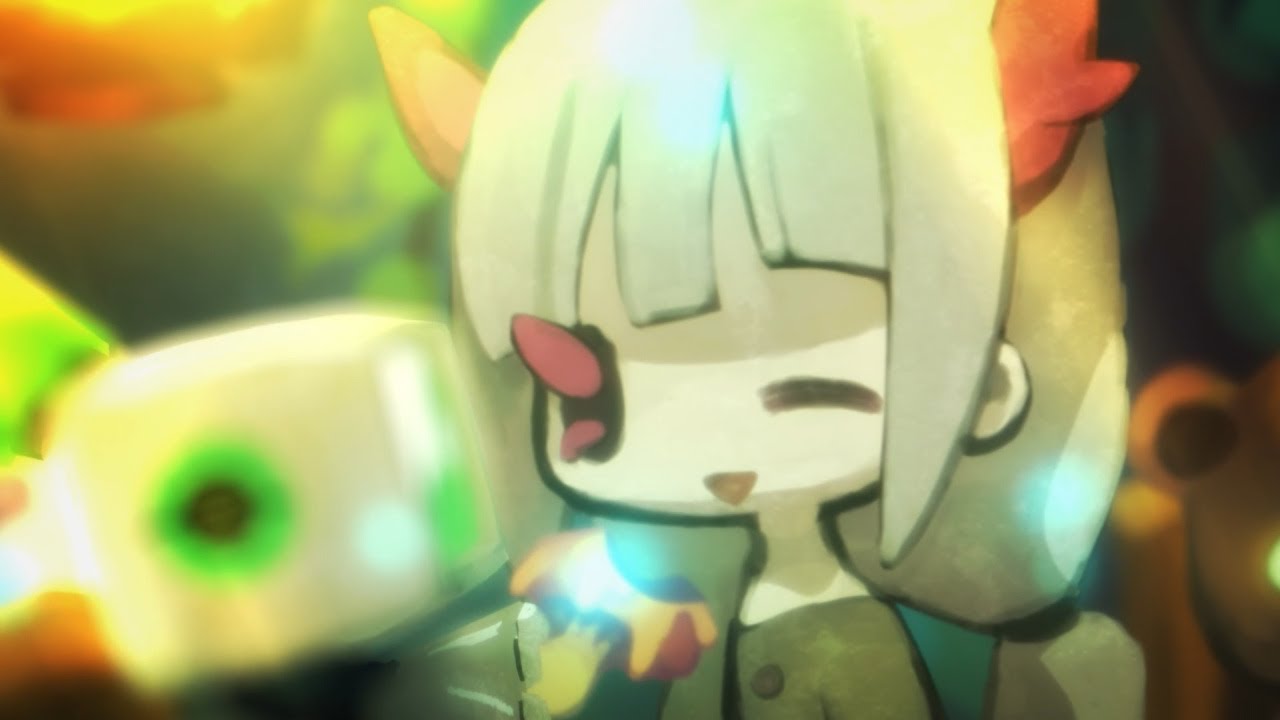 A world where civilization has fallen, and is now contaminated by toxic fungi.

In the corner of a ruins that was once a factory, a lone robot awakens in a scrap yard.

After walking through the ruins, the robot comes across a lone girl named Toriko, sleeping and covered in toxic fungi.

A girl who is still young and frail.

The girl seemed contaminated, with mushrooms growing from her body. The robot rescues the weakened Toriko and looks after her.

However, the destroyed world is not an environment in which the girl can survive. To protect Toriko, you must create an isolated “Terrarium” environment where she can stay alive.

A girl who somehow survived in a world where hundreds of years has passed since the downfall of civilization. Unable to survive in a world contaminated by toxic fungi, she lives in an environment called a “Terrarium” with the help of a robot.

A robot that, although disposed in a scrap yard, begins to unexpectedly develop a sense of self. While aimlessly exploring the ruins, he comes across Toriko, a girl covered in mushrooms. He appears to be a model that was once popular for home use.

In order to protect Toriko, the player takes on the role of the robot, who must explore the ruined world. Since Toriko cannot live by her own strength, players will collect food and help her with her everyday necessities.

—In a world neglected for hundreds of years, “machines” that have continued to evolve on their own even after humanity’s destruction and “strange creatures” that have mutated due to contamination await you.

In this polluted world, even simple breathing threatens the life of the defenseless Toriko. You must overcome various hardships including hunger, contamination, and unknown diseases. Maintain a Terrarium where Toriko can live in peace.

—Toriko is bottled up in the Terrarium. While it protects her from the contaminated environment, she is left alone while the robot goes out to explore.

—Search for food for Toriko and improve the environment of the Terrarium that houses her.

—Even though she is protected by the Terrarium, Toriko is not necessarily safe. Contaminated materials can cause her to feel ill or catch a cold.

—What is this chunk of meat…?

void tRrLM(); //Void Terrarium is a roguelike RPG set in a polluted and ruined world in which a helper robot explores ruins in order to keep the last human girl alive. Since the girl cannot stay alive in the polluted world, the robot must build and maintain a living environment called a “terrarium” to protect her. There are all sorts of hardships in this beautiful and cruel world, from hunger to contaminants, mysterious diseases, and so on. Will the frail girl be able to survive it…? Her fate is in your hands.