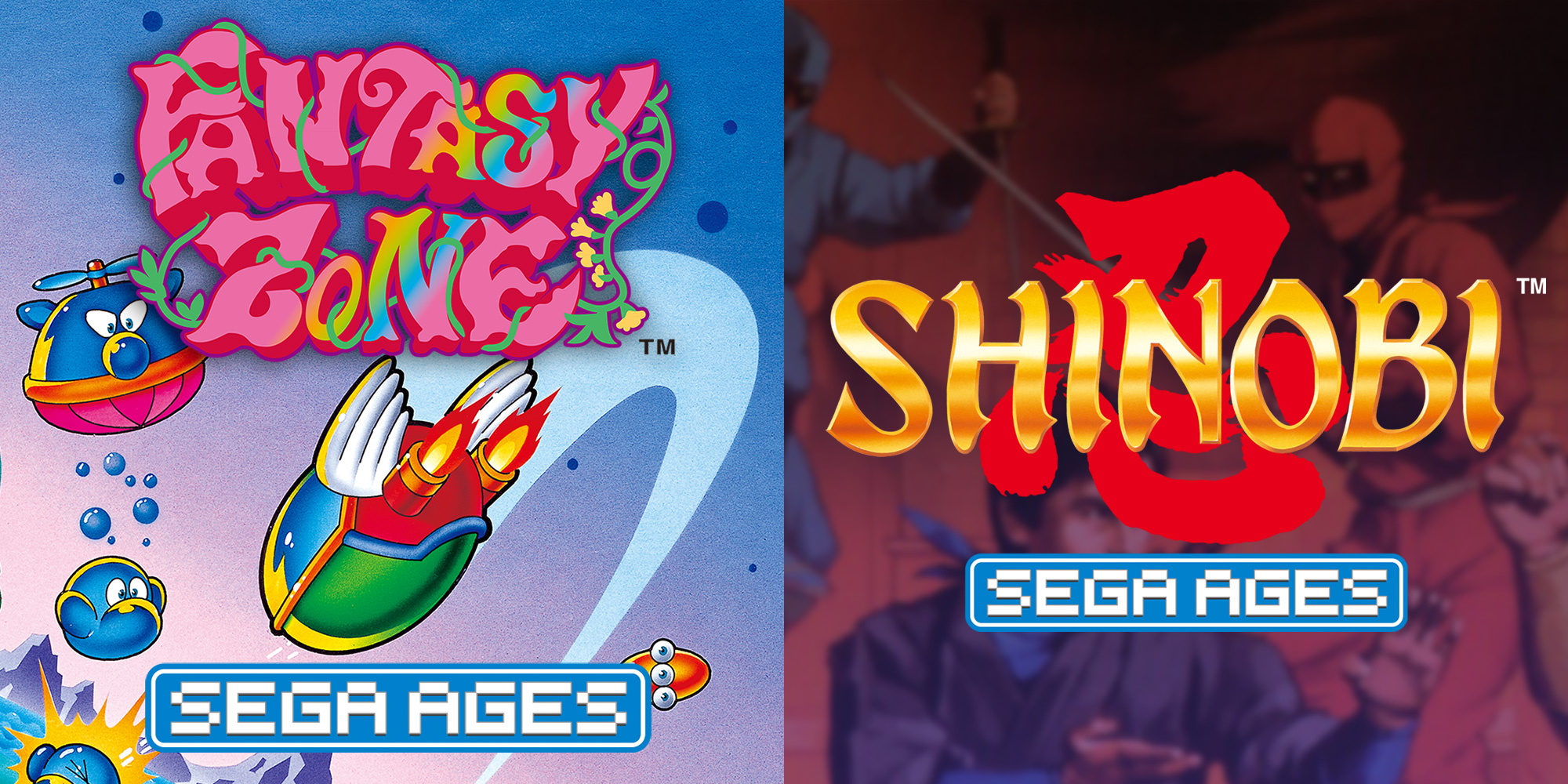 Two Arcade Masterpieces Out for Nintendo Switch™ on January 23

IRVINE, Calif. – January 9, 2020 – During the great arcade boon of the 1980s, two games stood apart from the rest of the pack – Shinobi and Fantasy Zone, the next set of games being added to the SEGA AGES line-up for the Nintendo Switch™ on January 23, 2020

The challenging side-scrolling action title Shinobi strikes back with an AGES mode that gives a white-robed Musashi extra health and damage, and an added Melee button that lets you dispatch enemies up close and personal. And if the hordes of ZEED are proving too much of a test, difficulty and stage select options have been implemented, along with a reverse time feature.

Long before Sonic, there was an adorable sentient ship named Opa-Opa, the star of SEGA AGES Fantasy Zone! This update to the vibrant arcade hit includes a helpful Coin Stock assist feature for those not as well versed in shooters, a Time Attack mode perfect for speedrunners, extra bosses, and even the option to play as Opa-Opa’s brother, Upa-Upa!
You can also expect the usual SEGA AGES accouterments such as replays, online leaderboards, and a host of other options to make these the definitive versions you can play on the go!
Shinobi and Fantasy Zone will be available individually on the Nintendo Switch eShop in the Americas and Europe on January 23, 2020, for $7.99 (with commensurate European pricing). For more information, visit the official website at http://segaages.sega.com/.

Ninjutsu master Joe Musashi returns in this classic side-scrolling platformer. He has been sent on a mission to single-handedly find and rescue all the children of the Oboro clan who have been kidnapped by a criminal syndicate known as ZEED. Utilize your sharp sword, shurikens, throwing knives, and even magic to defeat the enemy and free the hostages.

SEGA AGES is a series of classic SEGA titles being released on the Nintendo Switch™. Developed by M2, the Japanese developer known for high-quality ports of classic games such as the popular SEGA 3D Classics series on the Nintendo 3DS™, SEGA AGES aims to bring prominent titles from SEGA’s legacy catalog to fans around the world. From a selection of home console classics to a multitude of perfectly-emulated arcade games, SEGA AGES gives fans the ability to build their own unique retro SEGA collection.

SEGA AGES originally debuted as SEGA Ages Vol. 1 Shukudai ga Tant-R, a compilation of enhanced arcade ports of Puzzle & Action: Tant-R and Quiz Shukudai wo Wasuremashita, released on the Sega Saturn in 1996 in Japan. Over time, the SEGA Ages series grew to encompass enhanced ports of dozens of games across multiple systems. The series also made an appearance in the West with SEGA Ages: Volume 1, a collection of enhanced ports of Space Harrier, Out Run, and After Burner II, released in 1997 on the Sega Saturn. Now, SEGA AGES is being rebooted on the Nintendo Switch™, delivering the most faithful ports of Sega Master System, Sega Genesis, and arcade games for the current generation. As you would expect from the retro geniuses at M2, these games will stay true to their original forms while incorporating new features that bring a refreshing twist to these classic titles’ gameplay. For more information, please visit segaages.sega.com.

About SEGA® of America, Inc.:
SEGA® of America, Inc. is the American arm of Tokyo, Japan-based SEGA Games Co., Ltd., a worldwide leader in interactive entertainment both inside and outside the home.  The company develops, publishes and distributes interactive entertainment software products for a variety of hardware platforms including PC, wireless devices, and those manufactured by Nintendo, Microsoft and Sony Interactive Entertainment. SEGA of America’s website is located at www.sega.com
About Shinobi
A pioneer of the “cute ’em up” genre, Fantasy Zone tells a surprisingly bleak tale about the mighty space warrior Opa-Opa’s journey for revenge in a pastel-colored world. Defeat enemies to collect coins and power up Opa-Opa in order to rescue the world of Fantasy Zone in this exciting classic!