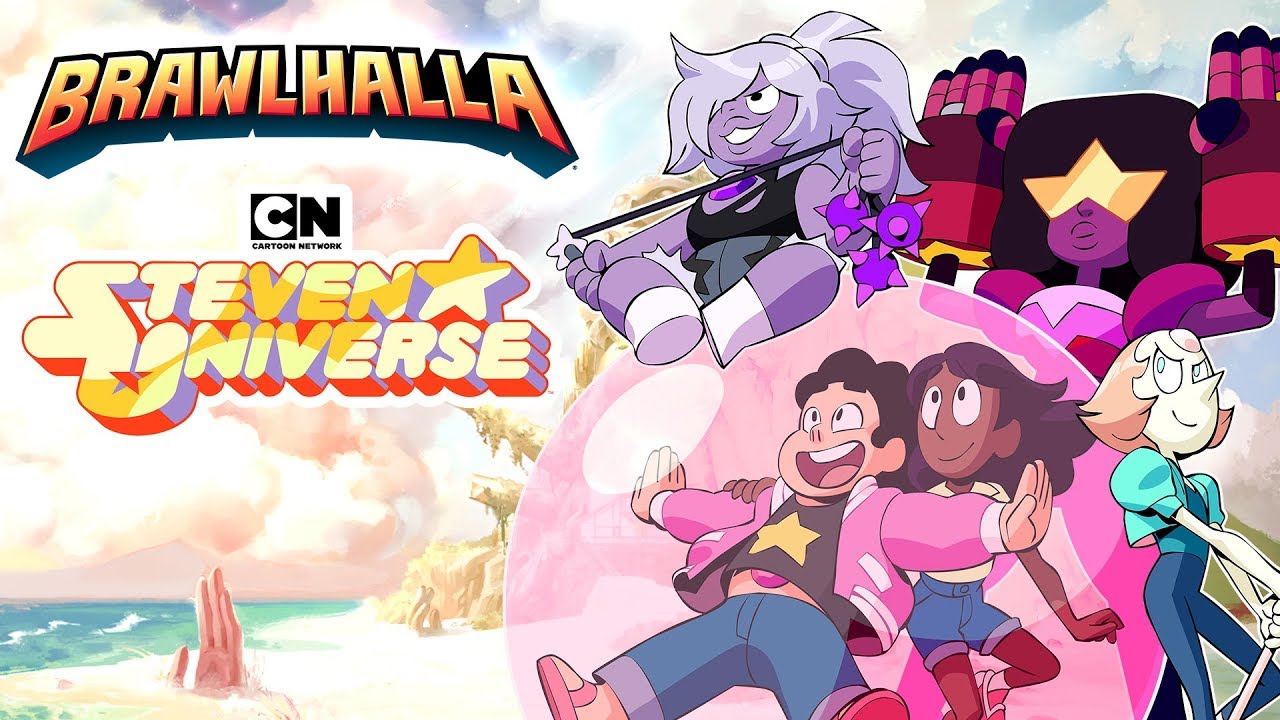 STEVEN UNIVERSE IS HERE TO SAVE THE DAY IN BRAWLHALLA – PATCH 3.53

In addition, we made a few game improvements, fixed some bugs, and other updates.

In Brawlhalla, Garnet, Amethyst, Pearl, and Stevonnie mirror the abilities of Petra, Xull, Kaya, and Val, respectively, and will be staying in Mallhalla after the event ends. Steven Universe and all related characters are trademarks of and © Cartoon Network.

Battle like the Crystal Gems! Strike your opponents to capture them in Gem Bubbles. Bubbled players can’t attack and have limited movement, but you can save the day by tagging your teammates to free them. Capture the entire enemy team to score a point. The first team to 5 points wins!

We’ve added a new tool to PC to help creators within the community! Introducing the new Image Render Tool which allows users to render images of in-game items, like Legends, Skins, Colors, Podiums, and more.