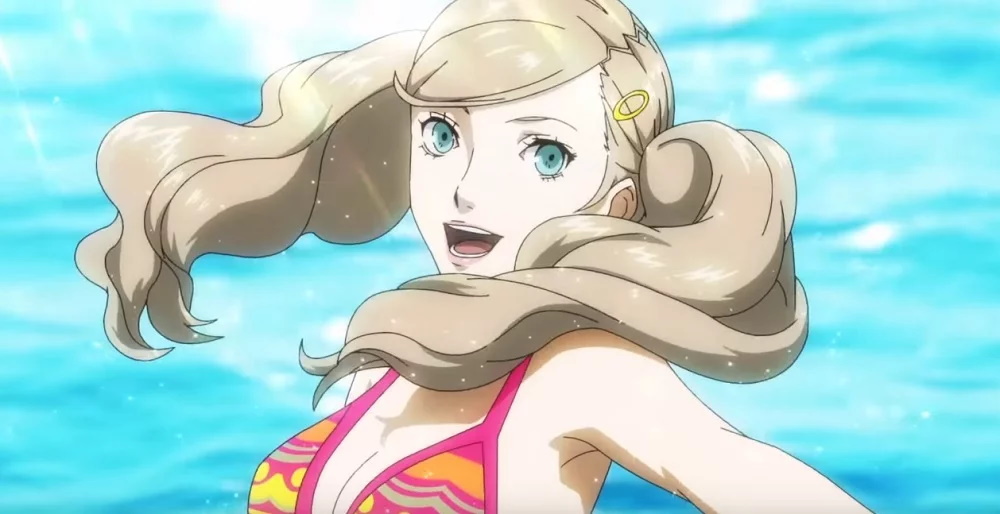 A young man once notorious as a problem child driven to failure by the malice of a physical education teacher. He got lost in another world with the protagonist and awakened to his Persona abilities. He became friends with the protagonist, who shared similar circumstances, and together they formed the Phantom Thieves of Hearts to fight against adults with warped desires. After the events of the first game are resolved, he returns to his everyday life, still bad when it comes to his studies and receiving many failing marks. While he is quick to get into a fight, he also has a sense of justice and courage to face any opponent head-on for the sake of his friends and those in need. A lively power-fighter who can kick shadows about with strong blows.

Code Name: Skull. With high attack and defense power, he fights wielding a blunt weapon. By charging up his attack, he can magnify his power and range to the amount charged. His gun attack, “Shotgun,” can also be charged to increase its power. Captain Kidd is his dedicated Persona. He possesses attack skills that specialize in Electric and Physical attributes. Shock enemies with Electric, then unleash a Physical skill to deal major damage. A black cat (?) who speaks human language and has traveled with the protagonist since the day he was saved by him from a prison in another world. He lost the memory of who he was, but regained that memory after the the events of the first game were resolved. After that, he continues to live with the protagonist. While he looks like an ordinary cat and speaks human language in the real world, others only hear his words as a cat’s meows. He has vast knowledge of the other world and is both a guide and mascot for the Phantom Thieves. A light weight, balanced fighter that runs wild as he pleases.

Code Name: Mona. He fights wielding a sword. With his light and agile movements, he can unleash a variety of attacks from both the ground and air. His gun attack, “Slingshot,” can lock-on to several enemies. Zoro is his dedicated Persona. He can use Wind and Healing skills. Since Wind skills can deal major damage to enemies engulfed in flames, connect those skills with attacks from Joker or Panther to finish the enemy off. A good-looking girl who is one-fourths American. Outside of her studies, she works part time as a model. She once felt isolated due to her appearance and became the victim in order to protect the only friend that understood her. However, together with the protagonist and the others, she decided to rebel against the malicious adults and became a member of the Phantom Thieves of Hearts after awakening to her Persona ability. A kind girl who cannot ignore those in need, she has a strong will and does not back down to evil. As someone who has lived overseas, she is good at English, but her grades outside of that are comparable to Ryuji’s. Control fire and mow down enemies with Fire-specialized, wide-ranging attacks.

Code Name: Panther. She fights using a whip. She attacks mowing down a wide range of enemies. She can also cover her whip in fire to grant it the Fire attribute. Her gun attack, “Machine Gun,” has many bullets that it can fire rapidly. Carmen is her dedicated Persona. She specializes in Fire attribute skills, burning her enemies to nothing with fiery red flames. She can also debuff enemy attacks, allowing the player to battle at an advantage.