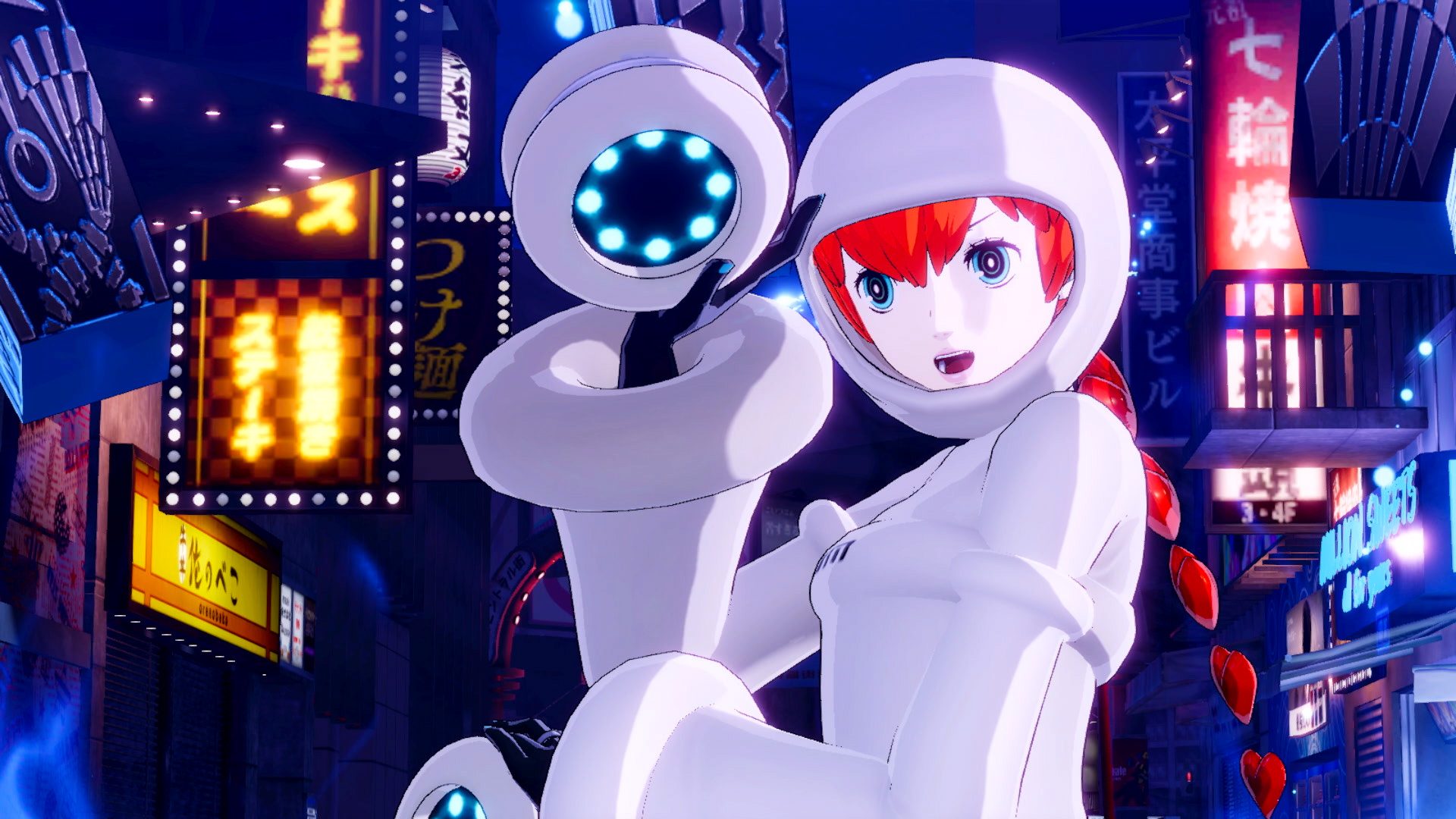 The protagonist. A third-year high school student. After moving to Tokyo, he got wrapped up in a series of incidents involving psychotic breakdowns and awakened to his Persona abilities. He formed the Phantom Thieves of Hearts with his friends to reform the distorted hearts of rotten adults, and led a major case full of conspiracy to resolution. After the case was shut, he returned home, but visits Yongen-Jaya in Tokyo once again for summer vacation. A dauntless all-rounder with a wide range of attack skills.

Code Name: Joker. He has high mobility and attack power, and unleashes quick, close-range attacks with his dagger. His ability to fight with a wide range of skills is his greatest weapon, and he can use attacks of various attributes depending on the combination. His initial Persona is Arsene. He specializes in Curse-type skills and can sweep up enemies with his sinister power. Additionally, Joker is the only member of the Phantom Thieves who can freely change Personas. His wide range of attack skills allows him to strike the enemy’s weak point. Joker has as many Show Times as he does Personas. Rhythmically connect attacks to sweep up crowds of enemies.

Code Name: Sophie. In battle, her outfit extends and covers her head, and her hairstyle changes. She fights using yo-yos, allowing her to swiftly attack a wide range of enemies. For her gun attack, she uses a Blaster. Sophie fights using floating objects called Pithos, which are similar to a Persona. She uses techniques of the same property as Bless-type skills. And in addition to Healing-type skills that support her friends, she also has skills that can weaken enemies.