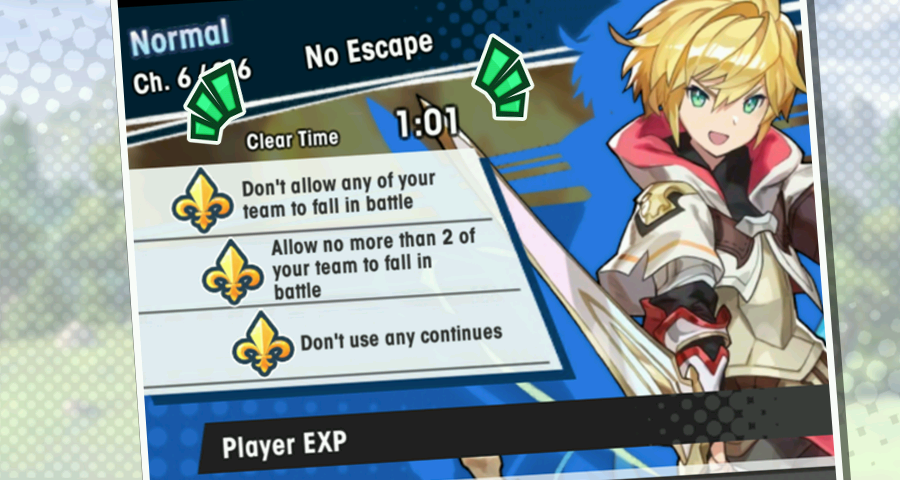 Update 1.8.0 is now available for download.
You may install it right now; otherwise, an automatic update will occur at approximately 5:00 AM, May 26, 2019.
Note: When you update to version 1.8.0 and play co-op, you will no longer be matched with players using earlier versions of the game.
Rooms created by players playing earlier versions will not display in the Room List, and you will not be able to join them using Find a Room. Additionally, if you input an ID using Enter an ID, the room will display, but you will not be able to enter it.
To commemorate the update, we’ll be sending all players a Tenfold Summon Voucher.
This notice will be modified after they’ve been distributed.
■Update Details
・New feature for playing with nearby people in co-op
You can now play co-op with nearby players without entering an ID.

Select Co-Op Play then Local to create a room and search for nearby players.
The other players can then select Co-Op Play then Join Nearby Players to enter the room created when Local was selected.
Note: You must agree to allow the app to use location information in order to use this feature.
・Adventurer AI adjustments
We have adjusted the AI for adventurers in your team and the adventurer being controlled when playing with auto enabled.
The AI will now do its best to avoid enemy attack markers.
Note: Some attacks will be difficult for the AI to avoid.

・Crafting screen improvements
It is now possible to craft weapons of second tier or higher directly from View Tree on the crafting screen.
Note: Crafting in this way will consume the total number of materials and whetstones required to craft, unbind, and upgrade the selected weapon. However, weapons cannot be used as materials when crafting in this way, nor can unbinding items (damascus ingots, steel bricks, etc.) be used to unbind when crafting a weapon all at once.

Additionally, we have increased the amount of information displayed to make it possible to check each weapon’s source from the list.

Note: Clear times display in units of minutes and seconds, and the maximum clear time that can be displayed is 99 minutes and 59 seconds.
・New feature for giving gifts in batches in the Dragon’s Roost
You can now give dragons multiple gifts at once in the Dragon’s Roost.
Additionally, a music note icon will now display on the daily limited item to indicate when it matches the dragon’s preference.
On the Switch Dragons screen, a music note icon will also display on top of the icons of dragons that prefer the daily limited item for that day.
Note: A dragon’s bond gauge fills quicker when you give them the item they prefer.
You can also now give multiple four-leaf clovers to dragons at once.

・Improvements to might settings in co-op
Might is now adjusted in increments of 100 in Room Settings for co-op.
With this change, it is now easier to set round numbers than it was when might was configured in increments of 1.
Note: Amounts less than 100 will be rounded down. We have not changed the maximum value you can set for the might requirement.
Additionally, the might value you set once will be carried over when you create a new room.

・Treasure Trade feature improvements
We have split Items into Consumables and Materials in the sorting conditions.
In order to narrow things down, we have also added the Facility and Other conditions.

■Other Changes
・When using a skill, it is now possible to switch to charging force strikes during the cut-in animation, as long as the skill’s motion is complete.
・The victory animation for Gala Dragalia version adventurers has been changed.
Note: This change will be applied 7:30 AM, May 27, 2019.
・There is no longer a limit to the number of times you can trade for the Greatwyrm wyrmprints, which can be obtained from the Treasure Trade for The Imperial Onslaught.
Note: This will be applied 4:30 AM, May 31, 2019.
・Some text has been adjusted under Help and FAQ.
■Issues Fixed
The following issues have been fixed in this version:
・When buffs and debuffs that affect the same parameter were both applied, only the icon for one with the higher value displayed.
Example: When the 30% strength increase buff and 10% strength decrease debuff both applied at the same time, both icons should have appeared, but only the strength increase icon would appear.
・In co-op, damage from the burn, poison, paralysis, and bleeding afflictions applied to adventurers other than those belonging to the player who created the room was treated as critical damage.
・In co-op, when damage from the bleeding affliction exceeded a certain value, damage dealt by adventurers other than those belonging to the player who created the room became 1.
・In co-op, sometimes the timing at which an adventurer was reduced to 0 HP was out of sync.
・Sometimes defeated enemies remained standing until they disappeared, without playing the defeat animation.
・In High Mercury’s Trial, the damage dealt to the Spheres of Salvation by the water rats was counted once for each player participating in co-op.
・In High Mercury’s Trial, the effect sound did not play when entering or leaving the Spheres of Salvation.
・In High Mercury’s Trial, when a helper skill was used inside a Sphere of Salvation, only that sphere would inflate and appear for the remainder of the trial.
・In High Mercury’s Trial, when a defeated adventurer was within a Sphere of Salvation, that sphere would inflate.
・In High Mercury’s Trial, when an adventurer was targeted by Aqueous Prison while using a helper skill, the following Aqueous Prison attack could be avoided.
・In High Mercury’s Trial, when adventurers shapeshifting or using helper skills would be targeted by Homing Bubble, the Homing Bubble would not move correctly.
Note:
It may take time for the store to reflect the updated information. Players may not be able to perform updates due to their device’s data cache being full. If you are unable to perform the update, restart your device, and then try downloading it from the store.
Thank you for playing Dragalia Lost.