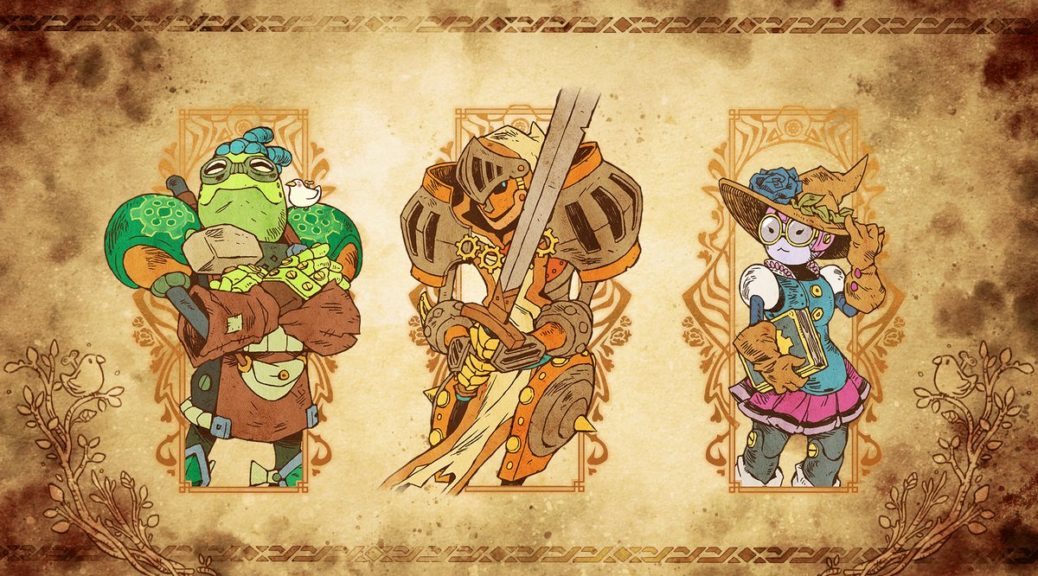 The new year is the time for new things, and today we’re proud to announce that our newest game, SteamWorld Quest: Hand of Gilgamech, is coming first to Nintendo Switch in 2019! Have you seen the trailer yet? You’ll find it below for your viewing pleasure!

Check out the trailer: https://www.youtube.com/watch?v=TAA5qzWlMUU

SteamWorld Quest is the roleplaying card game you’ve been waiting for! Lead a party of heroic steambots through a beautifully hand-drawn world and intense battles, using only your wits and a handful of cards. Take on whatever threat comes your way by crafting your own deck, choosing from over 100 unique punch cards!

What awaits you is a luscious treasure chest filled with gold, dragons, vivid worlds, magic, knights in shining armor as well as XP, turn-based battles and all that good RPG stuff! The humorous mix of traditional fantasy and steampunk robots makes for an unforgettable experience with lots of laughs.

For years, the SteamWorld community has asked us to create an RPG. In fact, on multiple occasions we’ve asked our followers what they’d like us to make next, and so far an RPG has been the number one request. So we took it upon ourselves to create a new kind of game, to surprise and delight both fans of the genre as well as existing SteamWorld fans.

We’re very excited to share our latest and possibly greatest adventure yet, and we can’t wait to hear your first impressions! We’ll reveal more details about #SWQuest in the coming months, including price, release date, story, gameplay details, future platforms and so on.

Check out the game’s official website for more screenshots, information, artwork, and other fun stuff!