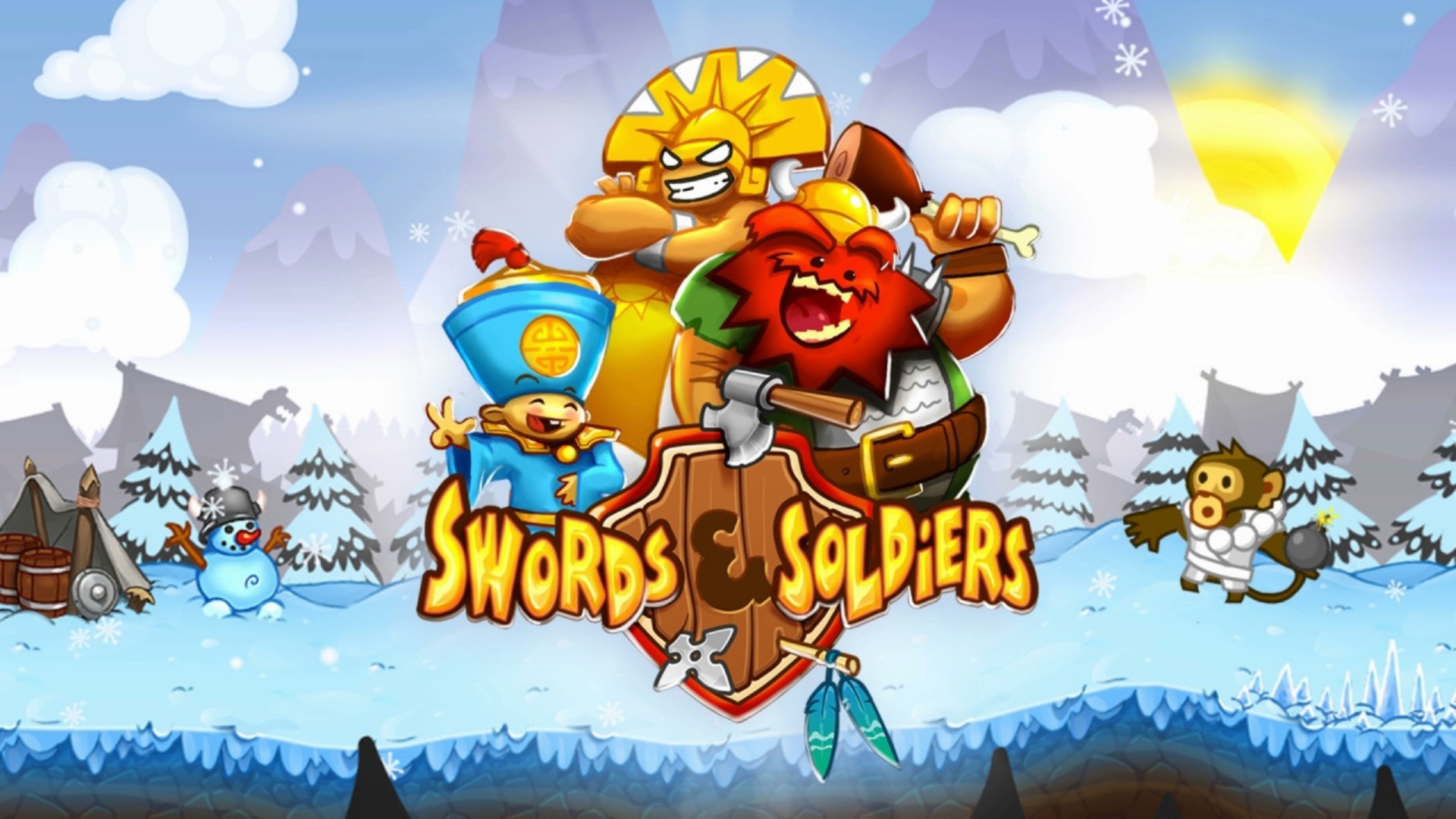 Version 1.01 of Swords & Soldiers is now live on the Switch, fixing the 4th campaign crash bug. Enjoy the game, everyone!

Surprise! Swords & Soldiers is OUT NOW on Nintendo Switch™
Grab the classic side-scrolling action-strategy game in the eShop today!

We hadn’t told anyone before, but Two Tribes Games is pleased to announce that we’re not just bringing Swords & Soldiers to Nintendo Switch, the game is actually available in the eShop right now!

Swords & Soldiers is the funniest strategy game in all of history!
Prepare for war on Swords & Soldiers’ side-scrolling battlefields. Build your forces, engage in a tug-of-war for gold and energy, and defeat your foes with a huge grin on your face!

Pick from 4 totally different factions: the brutal Vikings, devious Aztecs, crafty Chinese, as well as Chief Meat’s army. Each faction has its own reason to go to battle and its own campaign to play, adding up to many hours of side-splitting action-strategy.

In this improved Nintendo Switch edition of Swords & Soldiers you can even go head-to-head with a friend on a single touch screen!