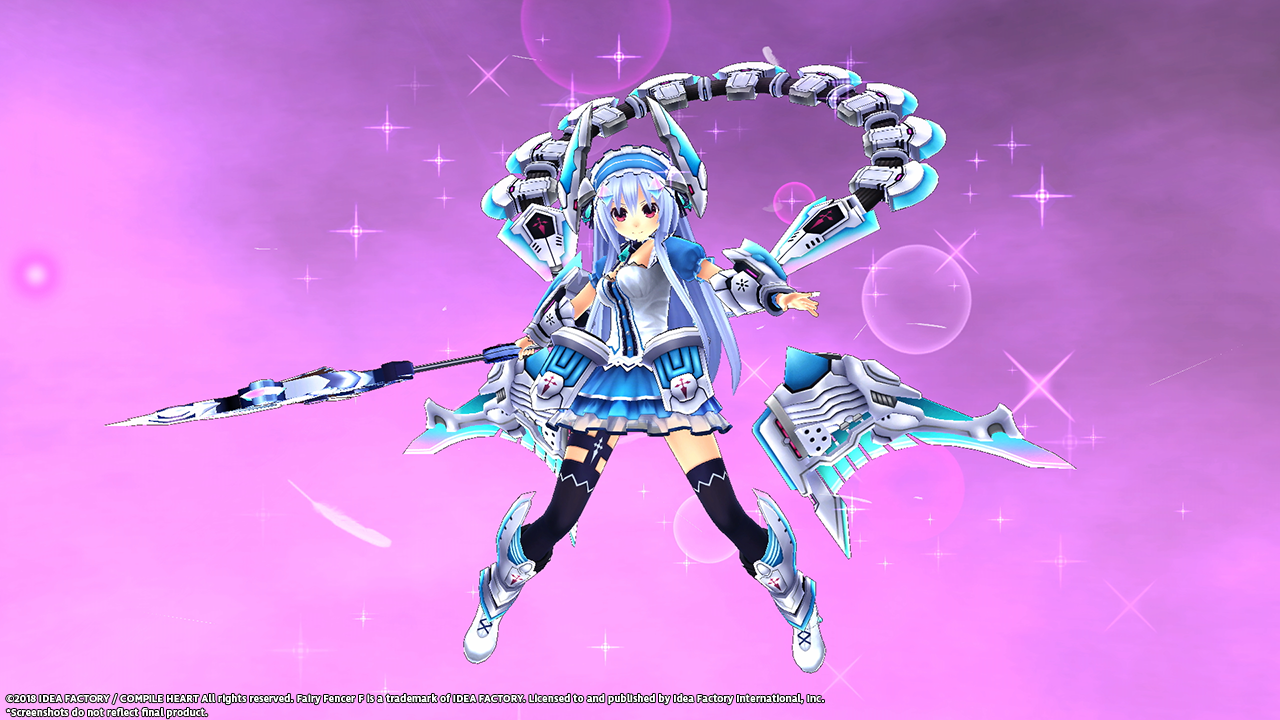 LOS ANGELES, CA., JANUARY 11, 2019 – We are excited to announce that the Nintendo eShop™ store page for Fairy Fencer F™: Advent Dark Force is now live! The game will be launching on the Nintendo Switch™ via Nintendo eShop™ on January 17, 2019! The Nintendo Switch™ release will include all 25 DLC available in the original PlayStation®4 release. The European version will be released by Ghostlight. The game will also have a 20% launch discount off the $39.99 price for the first two weeks.

Alongside the Nintendo eShop™ store live date, we also have a brand-new batch of Fairize screenshots! When characters Fairize, they are transformed into a much stronger being where their attack and defense are drastically increased! When a character’s Tension Gauge reaches a certain point, the color of the gauge will change to notify that the character can now Fairize. When your Tension Gauge gets too low during your Fairized state, your character will then go back to its normal state.

Check out some Fairize screenshots below and download the latest screenshot batch today!

Story
Long ago, a war waged between the Vile God and the Goddess.
The battle was fierce; the two were equally matched. Finally, both sides unleashed special weapons that contained fairies imbued with their power. Using this power, each god sealed away the other within another world. And so, time passed…

The weapons that the Goddess and the Vile God left were called Furies, and the warriors who used them were called Fencers. Rumors arose that the Furies were so powerful, whoever collected them all would be granted one wish. As a result, Fencers fought each other endlessly to obtain them.

By chance, a young man named Fang happened to unwittingly become a Fencer, and saved a girl named Tiara. And she, too, was a Fencer.

From that day forward, Fang found himself an important part of the battle between the Goddess and the Vile God.

Key Features
Three Stories, Three Paths! In the three stories to play – the Goddess story, the Vile God story, and the Evil Goddess story – friends become foes, foes become friends, and based on your choices, multiple endings can be unlocked!

Three Ways to Fight and Fairize! Play in Easy, Normal, or Hard mode and switch the difficulty up whenever you want to balance the game to your play style!

Three’s a Crowd, Six is a Party! With up to six party members on the battlefield at a time, you can play as all your favorite Fencers!

Shape the World Around You! Customize weapons by fusing them with fairies and change dungeons stats through world-shaping. Even power up Fencers through the fairies’ power to transform, or Fairize, during battle and change your world!