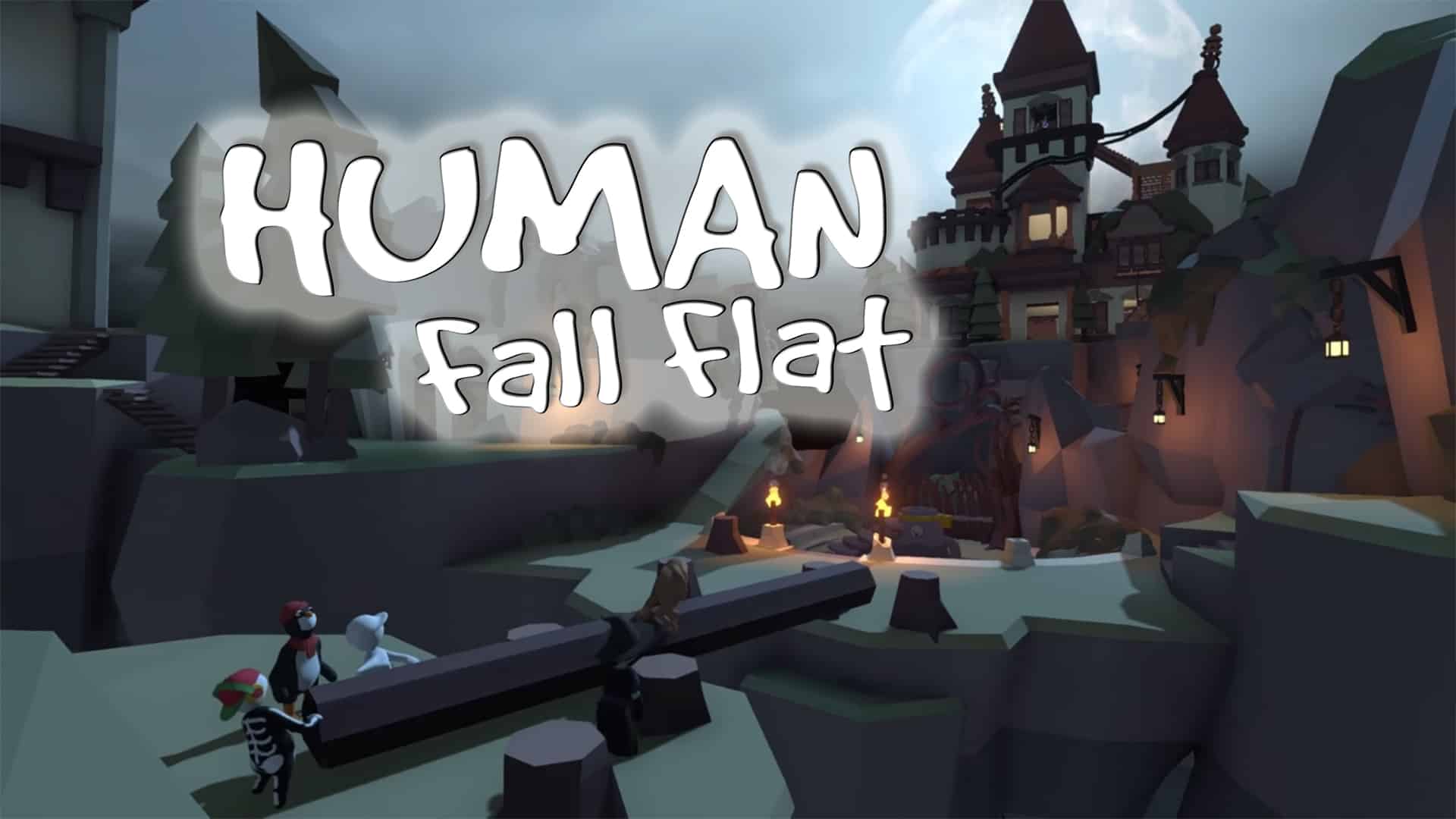 London, United Kingdom – December 11th, 2018 – Curve Digital is proud to announce that No Brake Games’ massively popular physics-based puzzle platformer Human: Fall Flat is receiving a new level for free. The new level, Dark, lands today as part of an update on Steam, and will also be coming to PlayStation 4, Nintendo Switch and Xbox One in 2019.

Dark takes place as Bob is dreaming of a night-time area, set under the haunting glow of a full moon and complete with classic horror tropes and imagery. With all sorts of tricky puzzles and devious contraptions, Dark will have players messing with magnets, electricity and, of course, Bob’s signature wobbly physics! This stage is available to play in both single-player and multiplayer.

Launching alongside Dark today is an all new set of 4 Christmas themed skins: the Christmas Pudding, Turkey, Present and Gingerbread Woman. More new content for Human: Fall Flat is planned for 2019, including new levels and skins…

“Ever since the release of Aztec back in 2017, fans have begged me to add more stages to Human: Fall Flat,” said developer Tomas Sakalauskas. “Now, we’re getting more levels and other surprises! I’m particularly pleased that we’ve managed to complete Dark in time for the end of the year, as it adds an all new atmosphere to Human: Fall Flat. The game has always had a mischievous sense of humor and I think the spooky new theme fully embraces it.”

“Human: Fall Flat‘s physics-based puzzle solving has always had staying power, and we think the new stage adds a fresh new layer to the game’s hijinks with its moody imagery and evocative aesthetic,” said Cédrine Décoret, Product Manager at Curve Digital. “And this is only the first of several updates, so look out for more new content next year!”

Human: Fall Flat has sold more than 4 million copies across all platforms. Initially debuting on PC, Mac, and Linux in 2016, it later saw a release on PlayStation 4, Xbox One and Nintendo Switch. In that time, the game has reached the top 5 of the Nintendo eShop in Europe, USA and Japan, rubbing shoulders with a certain other moustached handyman. Meanwhile on the PlayStation Store, the game made the December sales Top 10 in the USA, bringing a splash of slapstick comedy to the chart. Human: Fall Flat is also one of the 2018’s Top Played Games on Steam, and has been included as one of the titles in Xbox Pass’ July selection.