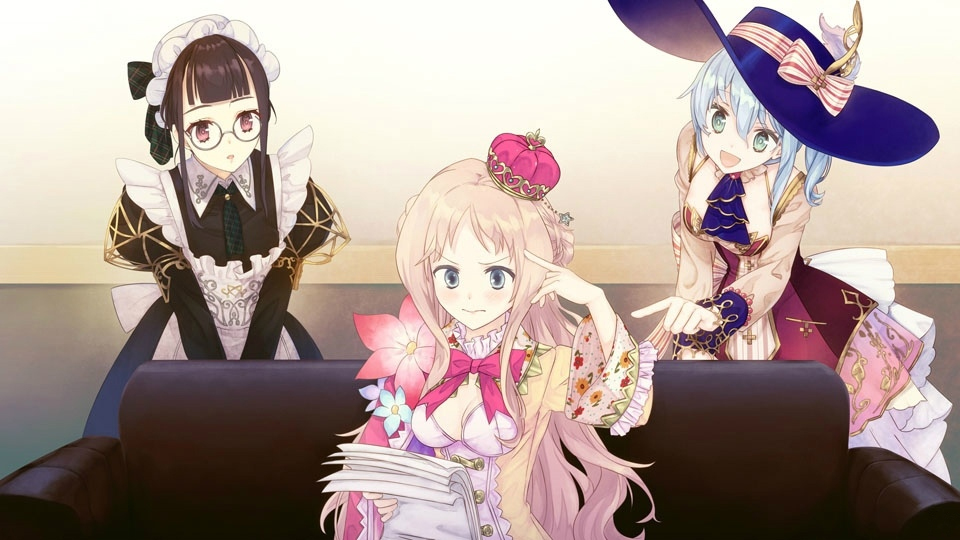 An alchemist who crossed worlds due to the effects of a synthesized tool. In order to return to her original world, she will help out Nelke and the others. She has a cheerful and lively personality, but is careless and often causes a commotion.

—Judith and the other alchemists are talking about festivals from their hometowns. She is surprised to hear about unfamiliar festivals such as the Fishing Festival. A traveling alchemist and the daughter of the chief of a remote village. Although she comes off as the quiet type, she is both serious and passionate. As the next chief, she is studying hard every day to be of use to her village.

—Shallistera helps out Suelle, who is bad at keeping tidy. She worries about Suelle working hard on her own. An alchemist who came to this world while working as a Raider with Edge. She is cheerful and lively, and takes care of others. She will interact with the other alchemists and take on a new challenge.

—Iris tells Edge she has a good idea. Iris, who says she has only gone on adventures so far, is curious to try something new. A girl with cat-like ears and a tail who attaches “nya” to the end of everything she says. She can use simple alchemy, but her abilities are those of a novice.

—Norn often visits alchemist Escha’s place to play. Given that they both have tails, they seem happy and comfortable talking to each other.