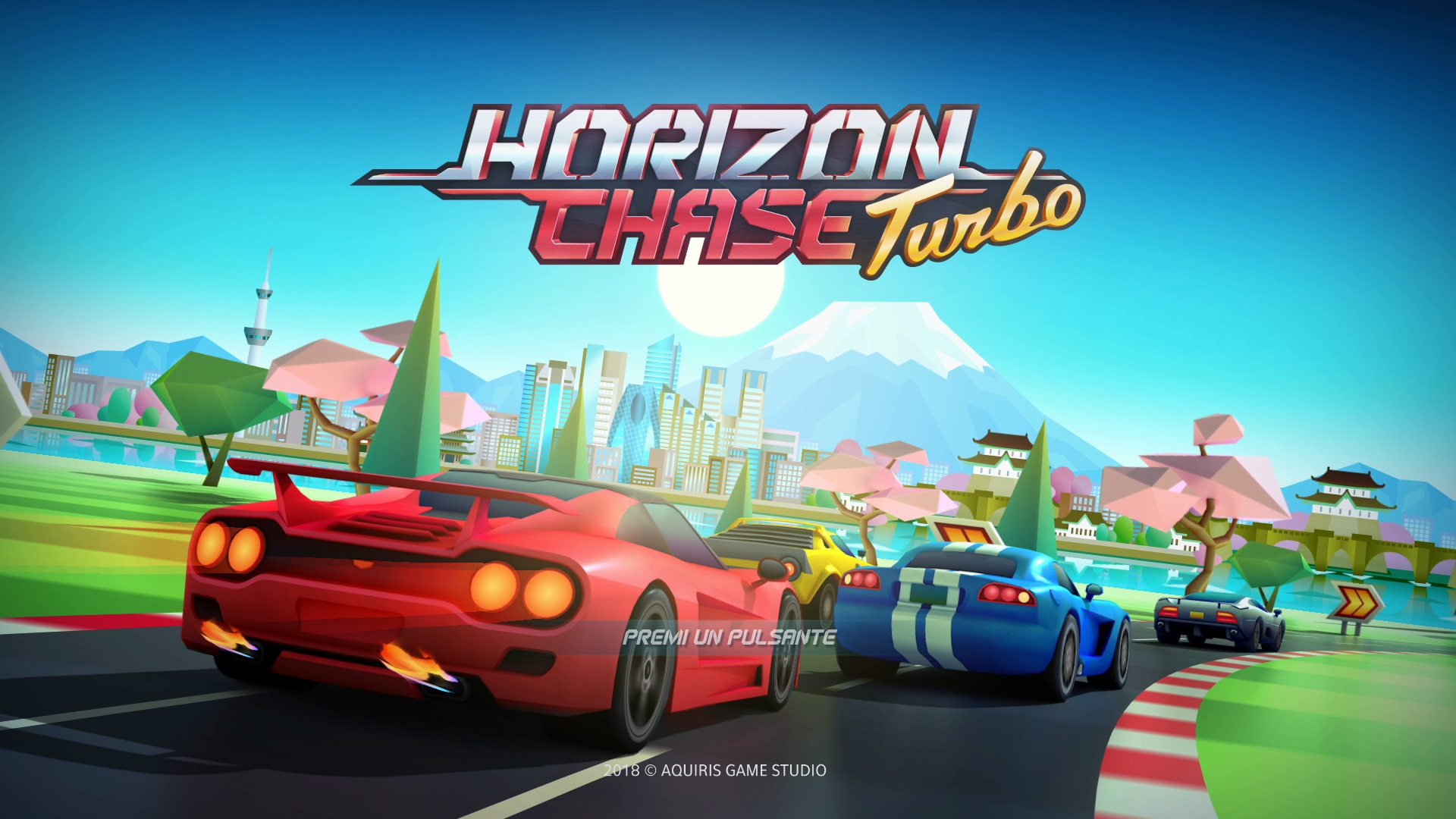 Xbox One pre-orders will be ready in the upcoming weeks.

Porto Alegre – 1st of November, 2018. Aquiris’ acclaimed arcade retroracer will be released on Nintendo Switch and Xbox One this 28th of November. Pre-orders are already available on Nintendo’s hybrid console, they will soon be available on Xbox One.

Horizon Chase Turbo is a homage to classic 16-bit racers that defined a generation of high-speed and frenetic arcade fun like Out Run and Top Gear. The game is conceived to ignite an instant blast of nostalgia with catchy contemporary music composed by the legendary Barry Leitch (who also created the soundtracks for the Top Gear, Lotus, and Rush series), while also offering split-screen multiplayer and mixing retro low-poly aesthetics with modern gameplay.

The Switch and Xbox One versions will be the firsts to receive a brand new game mode called “Playground”, consisting of a set of live challenges that will be updated regularly so that players can keep competing in the online leaderboards, and exclusive content for each platform to be announced soon.

“Horizon Chase Turbo on Nintendo Switch captures the best of the already released versions (with a 97% positive review rate on Steam) and brings back the classic racing genre to the hybrid console. We believe modern and old-school fans will appreciate it”, affirms Amilton Diesel, Technical Art Director at Aquiris.

The game main features include:

Challenge your friends in the Ghost Mode and in the Leaderboards.

“Combining the same kind of fast-paced fun that worked so well years ago with a picture-perfect progression model, Horizon Chase Turbo is exactly the kind of arcade-inspired racing game the industry has needed.” – 4/5 at Hardcore Gamer.

“I had a hell of a time with Horizon Chase Turbo. Of all of the retro revival games that have come out over the past few years, it is near the top of my personal list of favourites. I can’t get enough of it.” 8.5/10 – Destructoid

“The controls are incredibly easy, and it is actually hard to drive off the race track. There is no need to perform techniques, such as drifting around corners, as it seems to automatically do so on its own. However, as simple as the game and controls are, being a great racer and unlocking cars and tracks can be a little challenging.”  8.7/10 – COGconnected

“Imagine if Outrun, F-Zero and Burnout 2 had a baby. If you want a really good fun, beautiful looking arcade racer, Horizon Chase Turbo is perfect for you, I would highly recommend it. I spent 90% of my time with it smiling ear from ear and gawping at the visuals. If, however, like me you set out to achieve all the trophies, please be prepared to scream a little.” 8/10 – SquareXO

“We created Horizon Chase Turbo to be the racing game we wanted to play, hitting the sweet spot between true-to-life simulators and chaotic, explosive kart racers,” said Aquiris Studio Game Designer, Felipe Dal Molin. “With Horizon Chase Turbo, we want players to feel the nostalgic tension of the simple tug-of-war of a tight turn; where players are run off-road for a split second only to return to intense high-speed action as they overtake and battle against friends playing together on the couch or via the online ghost mode.”

Aside from the modernly retro graphics, the split-screen couch multiplayer modes are among Turbo’s most defining features. All game modes, including the World Tour campaign, tournament and endurance challenges support local split screen multiplayer up to four players. Racers can compete in head-to-head races one at a time, or spend hours racing around the globe collecting coins to achieve the common goal of unlocking exotic vehicles and spinetingling tracks.

Horizon Chase Turbo delivers neck-break speed, original gameplay, tight controls, new features and content designed specifically to highlight the nostalgic feel of classic racers on next-generation technology. The game marks a resurgence of couch co-op, where up to four players can compete in multiplayer campaigns, intense tournaments and endurance trials as they race around the globe.

For more informations about Horizon Chase Turbo, check out the game’s official site at: www.horizonchaseturbo.com.