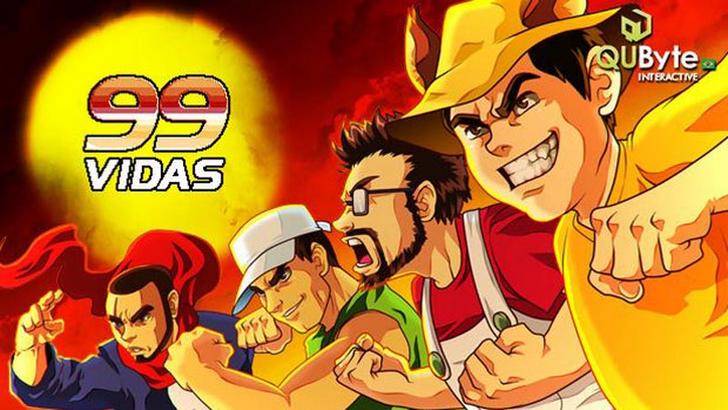 November 13, 2018 – QUByte Interactive is proud to announce that 99Vidas: Definitive Edition is available for Pre-Purchase on the Nintendo eShop now and includes a demo version for those who would like to try the game.
99Vidas: Definitive Edition is coming to Nintendo Switch on November 27, 2018, with all-new exclusive content, including new Enemies, new Stages and new Game Modes, added to all previously released content to make it the ultimate experience.

About the Game
99Vidas is a side-scrolling Beat ’em up video game developed and published by QUByte Interactive, inspired by the classics of the genre of the late 1980s and 1990s, such as Double Dragon, Final Fight, Golden Axe, and Streets of Rage, featuring hand-drawn sprites and sound samples to emulate the look and feel of the 16-bit.

The game features 11 playable characters and multiple cooperative and competitive game modes, for up to four players, which can be played either locally or online.

Each of these characters has unique attributes, like speed and strength, as well as an elemental alignment (Fire, Water, Wind, Lightning, et al), which modify their regular attacks, combos and special moves. Different from more traditional games of the genre, characters gain experience points by defeating enemies and collecting special items which can then be used by the player to upgrade their abilities and combos, or even unlock new ones.

About QUByte Interactive
QUByte Interactive is a Brazilian game developer focused on delivering high quality games across the most diverse platforms, from mobile to video game consoles, with business partners in several countries like USA, Canada, Germany and China. All Rights Reserved © 2018 QUByte Interactive.