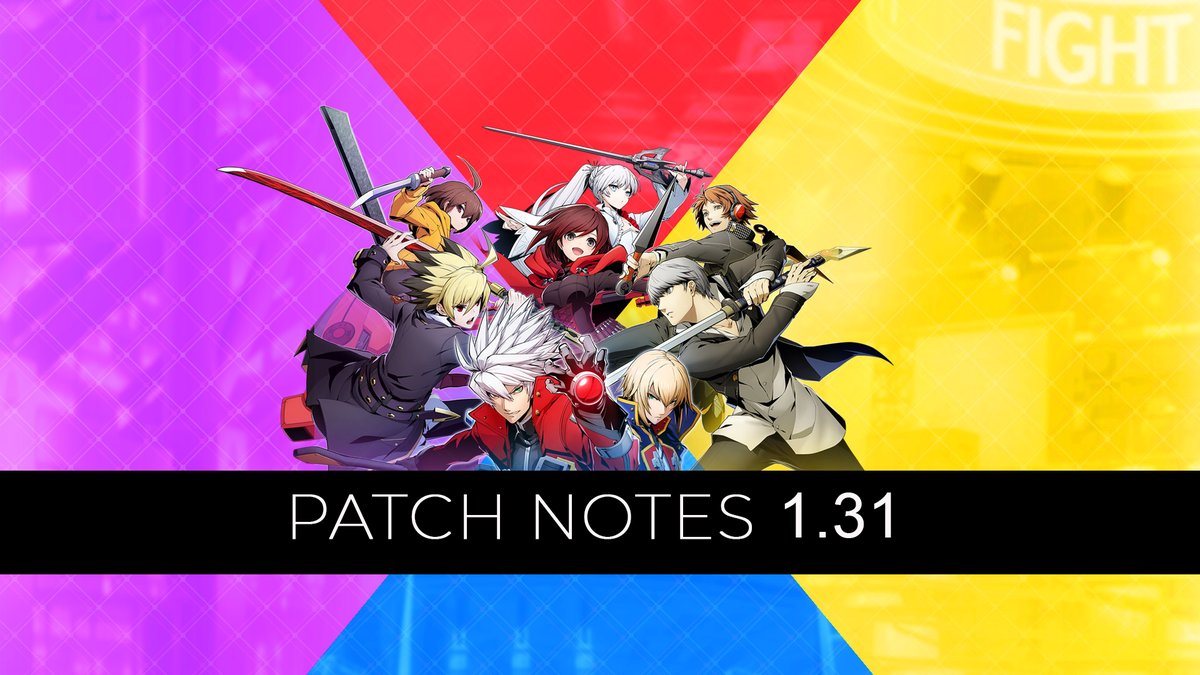 Torrance, California – November 01, 2018 – Arc System Works America, Inc. is happy to announce the upcoming release of the BlazBlue: Cross Tag Battle Version 1.31 patch for the PlayStation 4 on November 1, 2018. The details of the patch are outlined below:

Thank you very much for your support with BlazBlue Cross Tag Battle. We will be applying a patch on 11/01/2018, which includes the following changes:

・Fixed an issue where players were able to perform semi permanent combos during Cross Combo.

・Fixed an issue where Mitsuru Kirijo’s skill, “Bufula” did not disappear properly under certain situations.

BlazBlue: Cross Tag Battle features a dream-team roster of characters that have never before been gathered in a single 2D fighting game. Featuring fighters pulled from the BlazBlue, Persona 4 Arena, UNDER NIGHT IN-BIRTH EXE: LATE, and the RWBYuniverses, Cross Tag Battle‘s 2v2 tag based combat is perfect for fans of the genre.

About Arc System Works
Arc System Works is a developer and fighting game specialist from Japan—best known for the Guilty Gear series of games and, more recently, the BlazBlue series—that has garnered international critical acclaim for its innovative fighting system and spectacular 2D artwork. For more information, please visit the official website at www.arcsystemworksu.comAll other trademarks are the property of their respective owners.