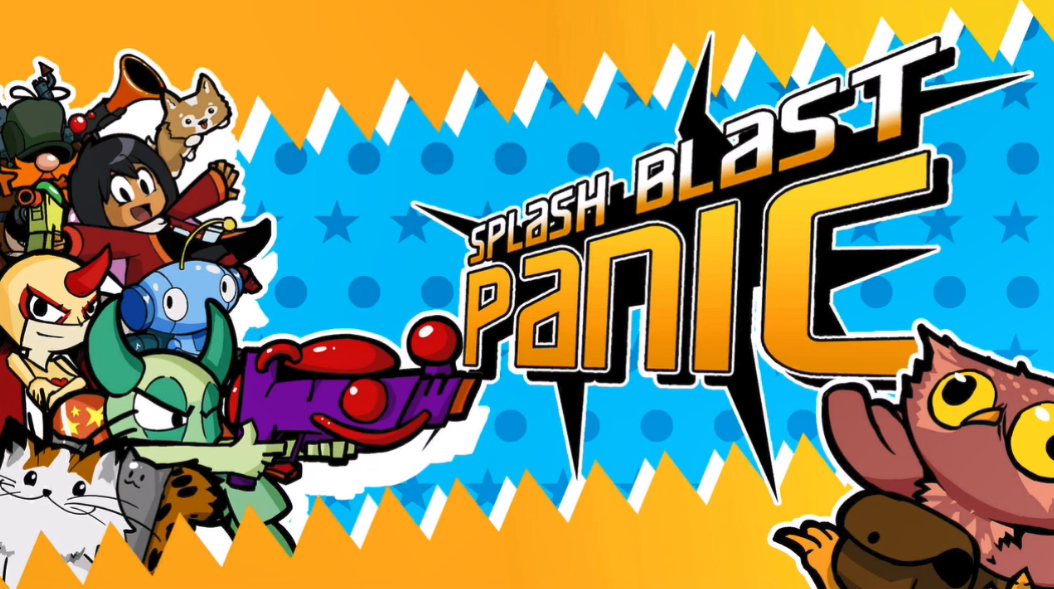 Splash Blast Panic is a competitive party fighting game where you dash, fly and shoot your opponents with a water pistol, mixing precision flight controls and a vast array of items and power ups. Inspired by old arcade titles, as well as, newer competitive party games, ruin all your friendships in a variety of stage which may or may not have various level of gimmicks that could backhand you if you’re not careful, or tell that person you always despised your true feelings with water bomb launchers, bubble prisons, water gun sentries, reflective shields and more! Power ups can turn the tables and snatch victory from defeat!

Key Features
– Up to 4 player multiplayer, in various forms of free for all or team-based matches, with a lot of control over match options for your personal liking!
– Unique levels providing environmental challenges to overcome while still trying to get your opponents outside the ring. With the addition of a big selection of offensive and defensive items so you can baffle your adversary at the last second.
– A heart pounding soundtrack composed by Mitch Gasser and an insane sound landscape by Julien Mathey
– Arcade mode single player, for more stages and characters unlocks as well as other little secrets. And also to master your skills in your free time so you can become “that guy”.
– Colourful hand-drawn graphics mixed with an old arcadey feel, accessible for both new players and with little intricacies for more advanced and skilled gamers.