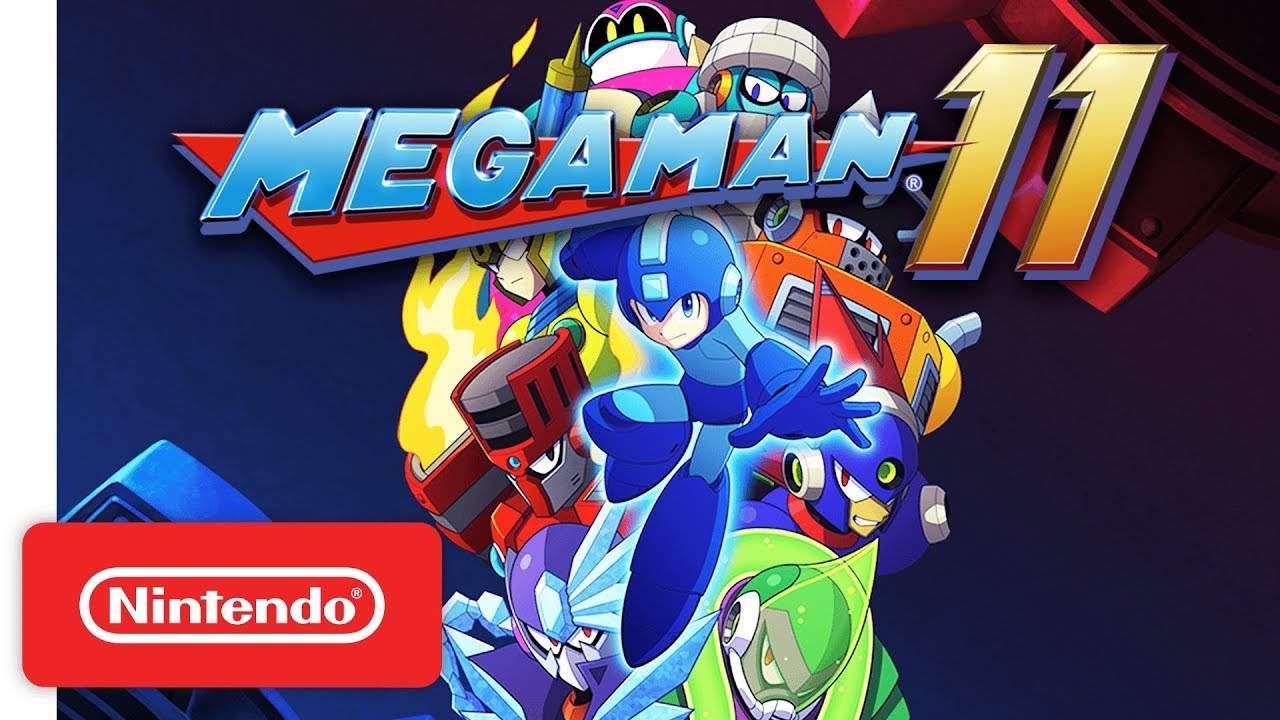 Ready, Set, BLAST! The long-awaited sequel Mega Man 11 is out starting today across North America both at retail and digitally for Nintendo Switch™, PlayStation 4 computer entertainment system and the Xbox One family of devices including the Xbox One X, plus a digital release on Windows PC. In the US and Canada, a physical collector’s release is available for Nintendo Switch in limited quantities and includes a new Mega Man amiibo and more memorable, collectible goods. Blending classic side-scrolling action gameplay with unique new features and a fresh new look, players can join the Blue Bomber on his new adventure alongside iconic series friends like his creator Dr. Light and robot dog Rush to take down long-time moustachioed series villain Dr. Wily!

To celebrate the release of Mega Man 11, Capcom has released a brand-new launch trailer that gives players a snapshot of Mega Man’s latest robot-busting journey while also teasing a familiar one-eyed face. Download the trailer by charging on over to the press site here.

In Mega Man 11, players must jump, slide, shoot, and more through challenging stages and take on powerful bosses Dr. Wily controls, otherwise known as Robot Masters. Defeating the bosses and absorbing their powers is the heart of the game. Dr. Light installs the new prototype Double Gear system in the heroic blue ‘bot, imbuing Mega Man with brand new skills that allow him to slow the flow of time or power up his trusty Mega Buster and other weapons on the fly. Mega Man however isn’t the only one with access to the new gear system; Dr. Wily has also installed the Double Gear system in the powerful Robot Masters! Players will need to use everything at their disposal to take down Dr. Wily in the fight for everlasting peace.

For all the latest game information and assets visit press.capcom.com.