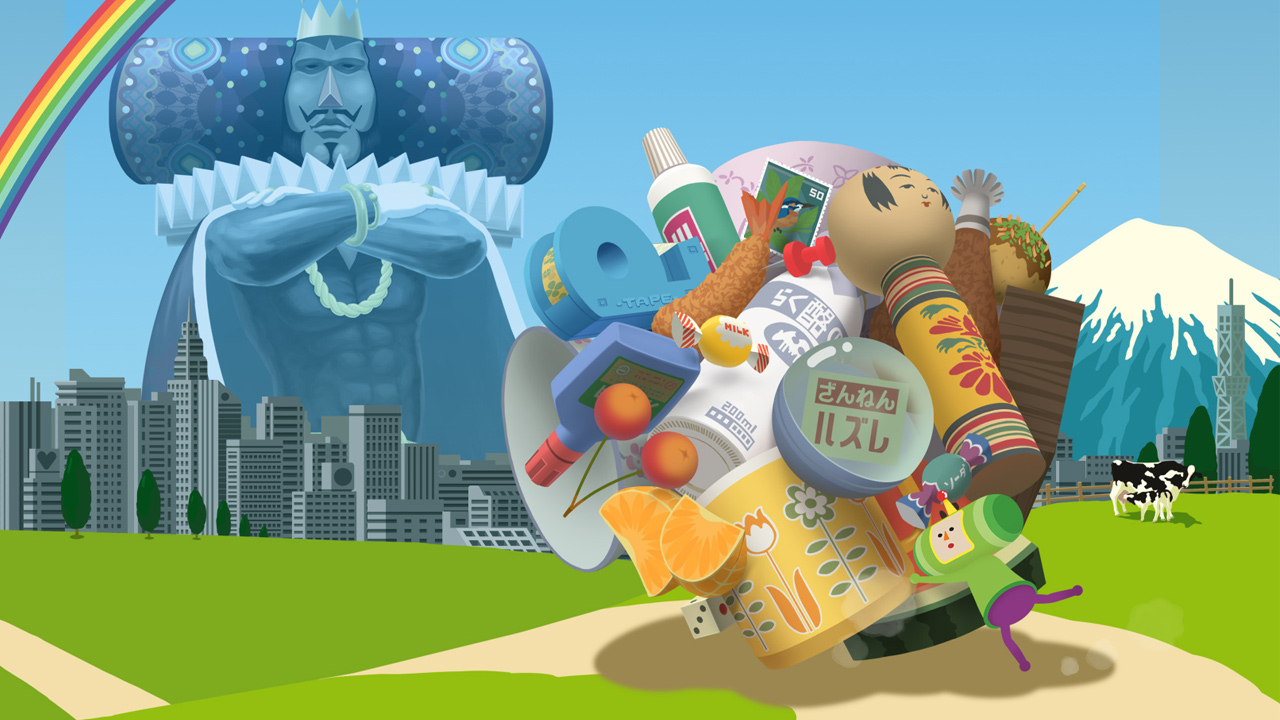 SANTA CLARA, Calif., (September 13, 2018) – Leading video game developer and publisher BANDAI NAMCO Entertainment America Inc. today announced that The Dashing Prince and King of All Cosmos will return on December 7, 2018 in Katamari Damacy REROLL™ for Nintendo Switch™ and PC via STEAM®. Roll through inventive and quirky levels gathering up progressively larger items to beat each level’s “par” size before the timer runs out. With its unique visual style and fun J-pop soundtrack, Katamari Damacy REROLL is a truly memorable title for anyone who is young at heart!

The King of All Cosmos has knocked out all the stars in the sky after a particularly rambunctious night of fun. Realizing his mistake, The King has tasked his young son, The Prince, to go to Earth and roll up as many things as possible to recreate the missing celestial bodies. Paper clips, books, cars, buildings, mountains, and continents, nothing is too big or small for The Prince and his adhesive Katamari ball. Katamari Damacy REROLL will feature remastered graphics and cut scenes as well as new motion controls optimized for the Nintendo Switch. Using the left and right Joy-Con controllers while the Nintendo Switch is in TV mode or Tabletop mode, players can move The Prince around with ease by simply turning their wrists.

“Katamari Damacy is a game of pure joy. From the whimsical story, colorful graphics, cute characters, and delightful J-pop soundtrack, the game simply exudes light-hearted fun.” said Abelina Villegas, Associate Brand Manager for BANDAI NAMCO Entertainment America Inc. “We aim to delight returning fans of the franchise as well as those who may not have had a chance to be on the ball the first time around with Katamari Damacy REROLL.”

For more information regarding Katamari Damacy REROLL and other titles from BANDAI NAMCO Entertainment America Inc. please visithttps://www.bandainamcoent.com, follow us on Facebook at: https://www.facebook.com/BandaiNamcoUS, or join the conversation on Twitter at https://www.twitter.com/BandaiNamcoUS.