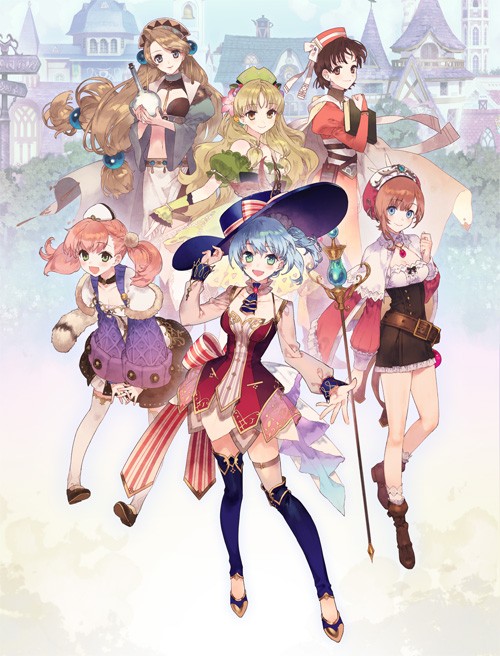 A self-educated alchemist, Lillie is a woman crazy about alchemy. She came from an era even before alchemists Marie and Elie. Everything easily excites her, but that excitement also causes her to make mistakes. She has a major weakness for anything sweet. An alchemist who aspires to do something great. A bright and cheerful girl who often acts without thinking. She lives in Westwald, studying hard every day in order to achieve her next goal. The older sister of twin alchemists who run an Atelier. She’s kind and gentle, but can sometimes be a bit of an airhead. She is very enthusiastic about her interests. An alchemist traveling with his childhood friend. Although he is considerably talented in alchemy, he is better for swordplay than study. He’s extremely inquisitive and cannot ignore people who need help. A member of the Mistruth (Editor’s Note: We could not find an official English translation for this name) group which investigates other worlds. He doesn’t talk much, but when he does he can be blunt. As a result, misunderstandings are common, but deep down he’s kind-hearted. A reliable carpenter that resides in Westwald. This colorful and lively man will construct buildings commissioned by Nelke. A gentle peddler who is currently visiting Westwald who is also an enigma. She has a ladylike, somewhat elusive personality. —Alchemist of the Mysterious Book Statue The limited edition will include a bonus Wilbell transformation costume for Nelke.