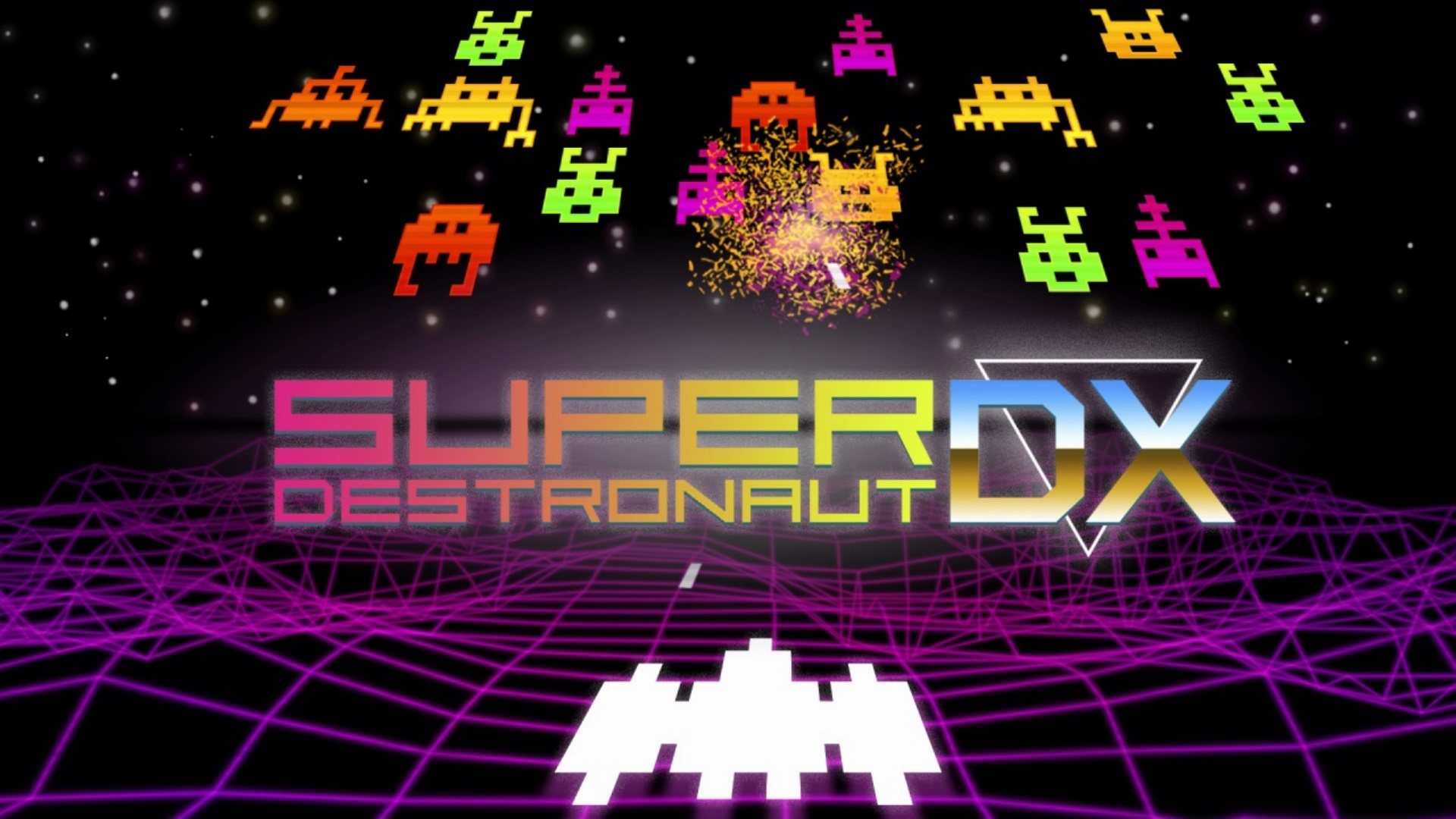 Super Destronaut DX is coming to PC and Consoles next week!

Leon, Spain — July 5th, 2018 — Remember the good old days that would often see gamers with a pocketful of change head to their nearest arcade? With just one hour and short waiting lines, there’s a good chance you could play at least each game once and if you can’t, at least you were able to get a session or twin on your favourite 80’s shooter. Those were simpler times were they not? Blasting waves upon waves of aliens and attempting to dodge their return fire. They really don’t make games like that anymore, not as much as they used to, but that’s where Super Destronaut DX comes into play

Once upon a time, arcade shooter gamers where you have to fend off impending waves of an alien menace, was all the rage, but while retro may be old, it is never forgotten. So, inspired by an arcade classic, Super Destronaut DX is retro space shooter that pits you against an enemy more dreaded than a UFO, a scoreboard. With multiple modes and high-scores that can be attained by yourself and players all over the globe, this is one game that will put you on the path of achieving as high a score as you can possibly muster.

So, if you are a fan of old-school shooters, be prepared to feel right at home and if you have a friend who is just as passionate as you are about shooting, why not give them a remote and have them play with you. With support for a local multiplayer mode, maybe the two of you together have just what it takes to beat the invading aliens once and for all and secure the top spot! You know you want too.

It will also have cross-buy for PS4 & PSVita! It will also include different trophy lists per region.