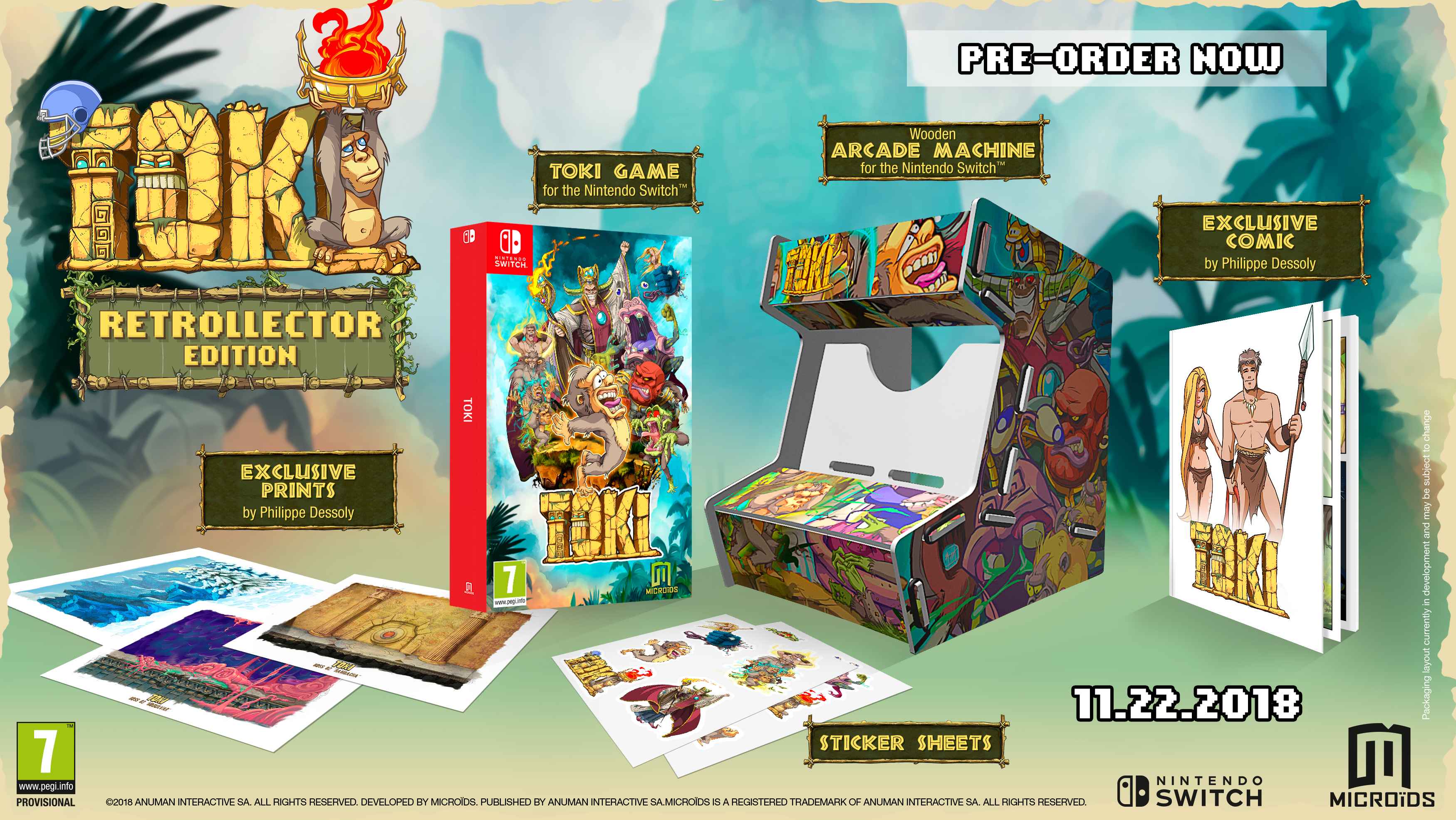 Release of Toki on Nintendo Switch™ on November 22nd

and unveiling of the Retrollector edition

The game can be pre-ordered now!

Paris, July 9, 2018 – Toki makes his great return on Nintendo Switch with a remake featuring all-new graphics and re-orchestrated music. The game will be available on November 22nd, 2018. Initially released in 1989 on arcade machines, this cult 2D action/platform game marked a whole generation of players with its simian main character and a level of difficulty typical of games at the time.

Those with fond memories of the golden age of arcade games, and the famous ‘insert coin’ message, will be delighted to discover the Retrollector edition. This edition will also be available on November 22nd and will include:

Philippe Dessoly, artist for the original version of Toki on the Amiga, and well-known for his official drawings of UFO Robot and Captain Harlock, is the Artistic Director for this remake. Pierre Adane has been entrusted with game development, while the music will be written by Raphael Gesqua, an experienced video game music composer. All three have already worked together on the game Mr. Nutz.

Toki the warrior lived peacefully in the jungle with his sweetheart Miho. Appearing out of nowhere, the terrifying voodoo sorcerer Vookimedlo and heinous demon Bashtar kidnap Miho and turn the poor Toki into a chimpanzee! Unfortunately for his sweetheart, he has become a hairy, lethargic ape…
The former warrior must get used to his new form and, deprived of his traditional weapons, use his powerful jaw to spit strange projectiles at his enemies. During his adventure, Toki will find objects that will help him complete his quest, from a football helmet to a pair of flippers and snorkel.