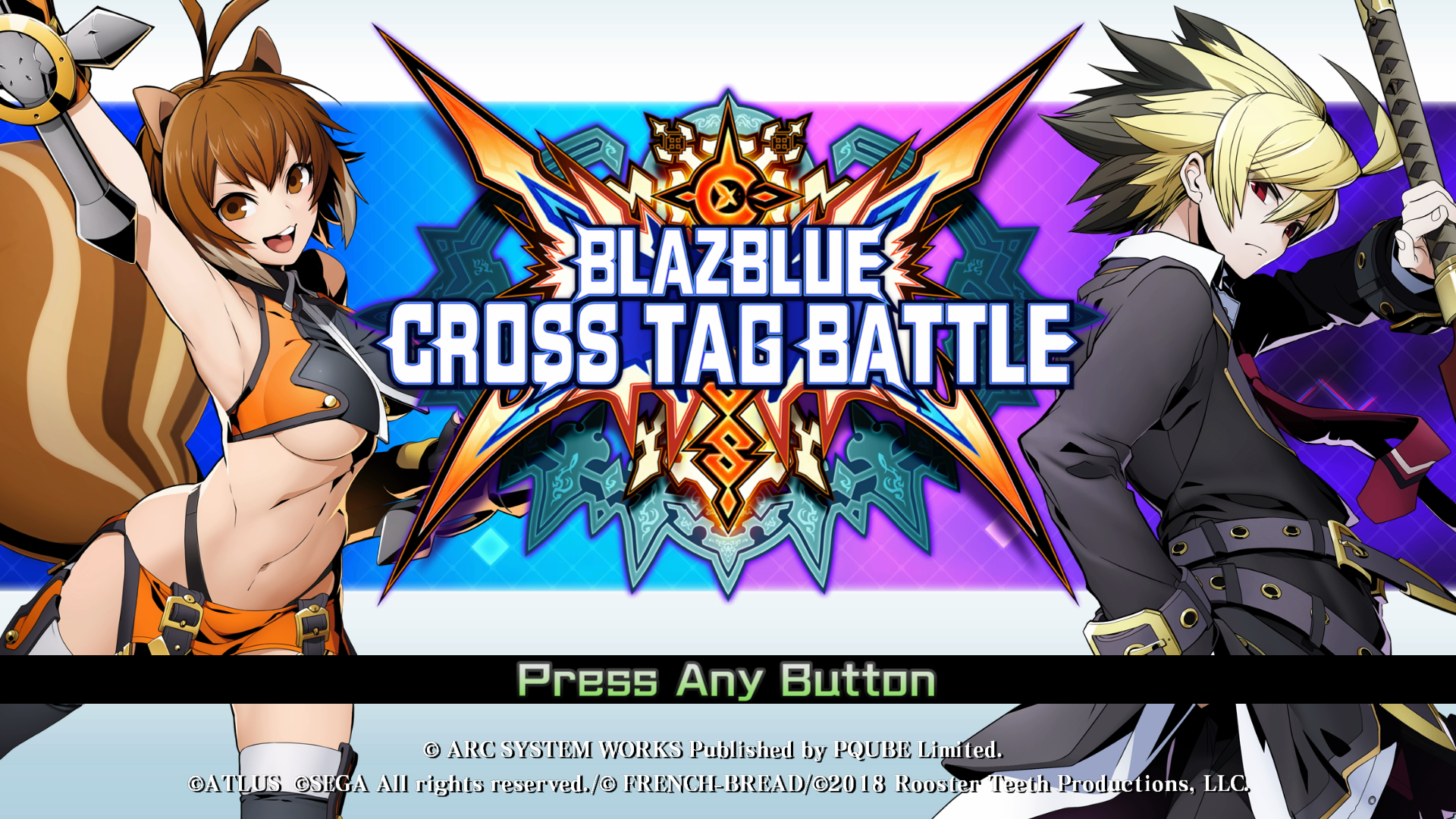 Torrance, California – June 27, 2018 – Arc System Works America, Inc. is happy to announce the immediate release of the BlazBlue: Cross Tag Battle Version 1.11 patch for the PlayStation 4. The details of the patch are outlined below:

Fixed behavior of lock-on skills when they hit during certain partner skills.

Noel
“Valkyrie Veil” has been changed and categorized as a body attack to better match the move.

Rachel
Fixed an issue where using “Sword Iris” within certain frames after using it near the lightning rod would cause the hit box to linger.

Makoto
Fixed an issue where “Lightning Arrow” may activate without the proper inputs.

The following attacks have been fixed so that the Personas face towards the opponent.

Kanji
Fixed an issue where you can Cross Burst in certain instances when “Gotcha!” hits.

Gordeau
“Crouch – C” has been changed and categorized as a leg attack to better match the move.

“Soul Vanish” has been changed and categorized as a body attack to better match the move.

Fixed the float value for all characters when hit with “B – Assimilation.”

Fixed an issue where you can Cross Burst in certain instances when “EX – Assimilation” hits.

Orie
Adjusted the start-up value for “Distortion Skill – Duo” to match the other characters.

Vatista
Adjusted the recovery frames for “Clash Assault” to match the other characters.

Ruby
Fixed an issue where her “Clash Assault” would continue its counter-hit state.

Weiss
Fixed an issue where you can Cross Burst in certain instances when her ground throw hits.

“White Night” has been changed and categorized as a projectile attack to better match the move.

Blake
Adjusted “Empowered Ferocious Beast” so that you can connect easier into Distortion Skill – Duo when it hits.

Yang
Fixed an issue where, under certain conditions, her invincible frames continued until her aerial Reversal Action ends.

Avatars of players you battled before will now appear at the Entrance.

– In regards to the battle replay data after the update: Please note that the update will disable all replay data from the older version. We are sorry for the inconvenience.

We apologize for the inconvenience on these matters.

We thank you for your understanding and support.

BlazBlue: Cross Tag Battle features a dream-team roster of characters that have never before been gathered in a single 2D fighting game. Featuring fighters pulled from the BlazBlue, Persona 4 Arena, UNDER NIGHT IN-BIRTH EXE: LATE, and the RWBYuniverses, Cross Tag Battle‘s 2v2 tag based combat is perfect for fans of the genre.

About Arc System Works
Arc System Works is a developer and fighting game specialist from Japan—best known for the Guilty Gear series of games and, more recently, the BlazBlue series—that has garnered international critical acclaim for its innovative fighting system and spectacular 2D artwork. For more information, please visit the official website at www.arcsystemworksu.comAll other trademarks are the property of their respective owners.