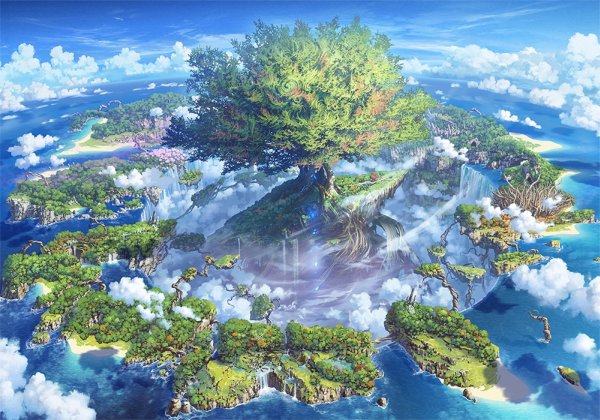 On the world map, there will be labyrinths and item collection areas, events will occur, and F.O.E.s (Formido Oppugnatura Exsequens—enemies) will appear.

In addition to main labyrinths, the world map is also dotted with “small labyrinths” that do not need to be cleared to progress, so be sure to use them to test your skills.

In the item collection areas near the labyrinths you cleared, you can obtain materials and items. Since these areas are outside of labyrinths, your collection skills will have no effect, but you will be able to safely collect new items.

Many of the F.O.E.s that show up on the world map will appear at item collection areas. It is good to challenge them if you are confident in your skills. The F.O.E.s on the world map tend to move to different item collection areas, and if items can be collected at the area an F.O.E. moves to, be careful as it will be looted and impossible to collect items from for a short while.

The Untrodden Reservoir is a small labyrinth you will visit after obtaining information from Silica. Could it be that the “strange color-changing monsters that appear and disappear at will” are…

The Hidden Castle Ruins is a small labyrinth you will visit after obtaining information from Marco and Oliver. This is a tough area where many F.O.E. Raidenjuu will appear. Could it be that there is something at the depths of this labyrinth?

—Birgitta, who you will meet early on in the story, is a novice medic who can fully heal the party’s HP after battle.

—Marco and Oliver seem to give the player various bits of advice.

Guild Cards will return in Etrian Odyssey X. Create a Guild Card for your party to share with others via StreetPass.

—The characters registered to an exchanged Guild Card may even appear during events within the labyrinths. You may even encounter an old friend’s character.

The maximum amount of Guild Cards you can possess has increased from 40 to 255.
You can customize the background and window color of your Guild Card.

First-print purchases for Etrian Odyssey X will include the “New Adventurers Illustration Pack” downloadable content, which contains five class illustrations from guest illustrators. The full list is as follows: