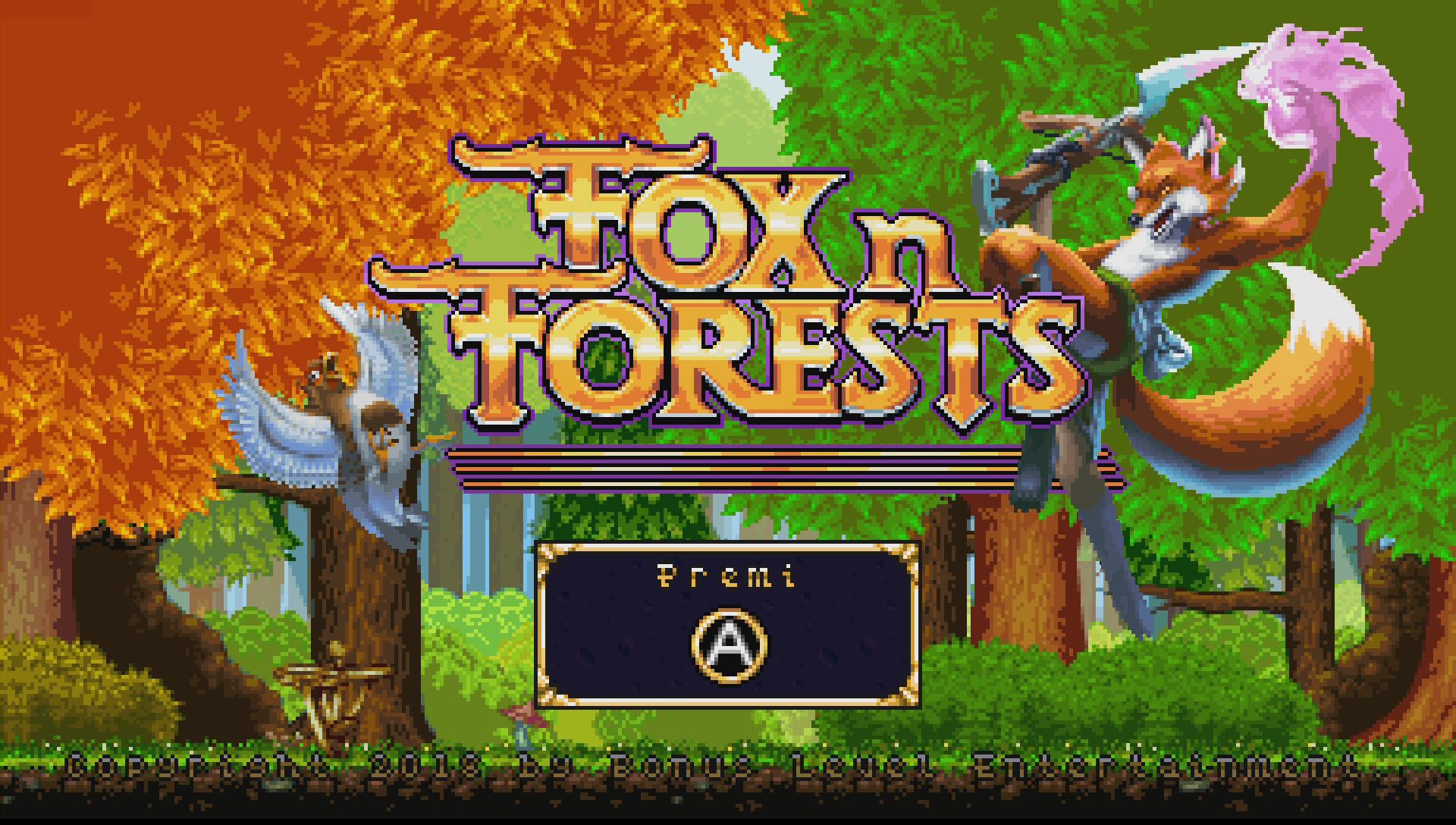 MUNICH – May 17, 2018 – FOX n FORESTS, the retro action platformer from developer Bonus Level Entertainment and publisher EuroVideo, springs onto Nintendo Switch, PlayStation 4, PC, Mac and Linux today, with a release on Xbox One to follow in the upcoming weeks. Steam users can jump into the action at 9 a.m. PT / 6 p.m. CEST.

Take control of Rick, a mischievous fox who embarks on a quest to free the forest from a mysterious power. Wield his magical crossbow against hordes of monsters and enchanted animals. Change between two different seasons in each level, manipulating the environment to create falling leaf platforms in autumn, freeze enemies in winter and more.

The mystic forest is full of hidden secrets waiting to be explored with this powerful ability.   Uncover the truth behind the fifth season by solving puzzles with power-ups which become available after defeating gigantic bosses.
FOX n FORESTS takes the most beloved aspects of timeless classics such as the Castlevania, Mega Man and Zelda series to combine nostalgic gameplay with modern game design. Developed completely in 16-bit graphics, FOX n FORESTS uses an SNES art style and a chiptune soundtrack to recreate the look and feel of one of the most cherished consoles of all time.

Successfully funded via Kickstarter in 2016, FOX n FORESTS will be the first title from EuroVideo’s new games label Wild River.