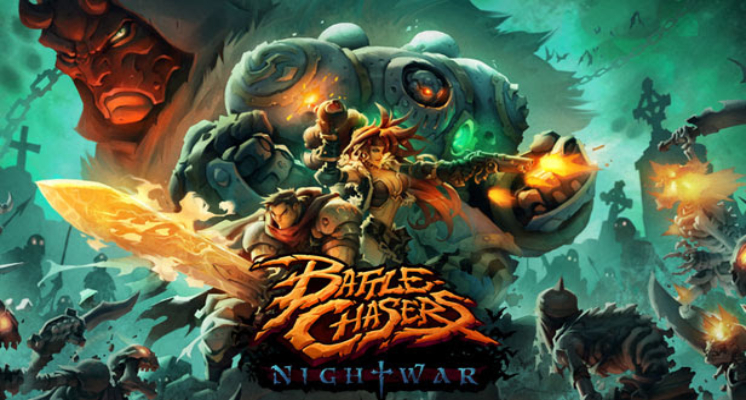 Austin, Texas / Vienna, Austria, May 15th, 2018: All great adventures start with a journey and now you can take one of the greatest adventures with you on any journey you make: Battle Chasers: Nightwar is finally on Nintendo Switch™!

Take control over Gully and her unlikely band of adventurers and guide them through the Lost Continent, a world full of hidden dungeons, rare bosses and tons of loot. Follow the deep storyline to find long-lost Hero Aramus. Defeat your foes in turn-based combats, level up your companions, gather or craft new equipment and challenge yourself in randomly generated dungeons with different difficulty options.