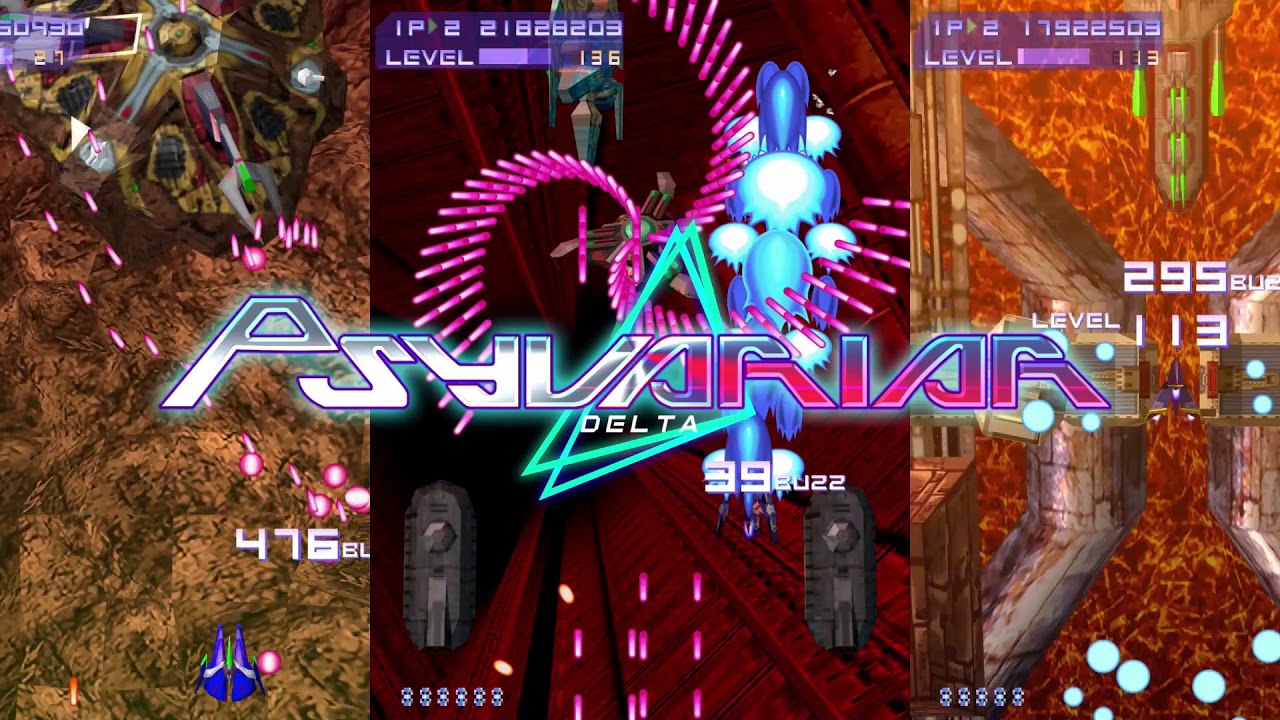 TRACY, CA – April 29th, 2018: Dispatch Games™ is extremely proud to announce today that it will be releasing the classic shooter Psyvariar Delta on Nintendo Switch and PlayStation®4 computer entertainment system. The game is set to release in physical retail and digitally, both on Nintendo eShop on Nintendo Switch and PlayStation™ Network this Summer in North America and Europe. First released in arcades in 2000, this enhanced version retains the classic BUZZ system that lets players enjoy the thrill of leveling up by avoiding direct hits and evading enemy attacks just enough to graze their planes.

“The ongoing partnership between Dispatch Games and City Connection have allowed us to remake another classic game from our collection.” said Brian Schorr, Founder of Dispatch Games. “With updated HD graphics and new gameplay, Psyvariar Delta is another classic that can be enjoyed by a new generation.”
Game Features:

Delta Point #1: New Mode
Players can now set their stage, planes, levels, and experience. In the REPLAY MODE+, a player can challenge each area with their own plane and bombs. SCORE ATTACK MODE allows a player to play for the high score with their difficulty. Both modes will have an online leaderboard to show how you stack up against other players.

Delta Point #2: New UI
The new UI shows Ex levels, boss health, and invincible time remaining after leveling up. The new design is easy for beginners to understand while the information helps experts as well. In the options menu, a player can show the hit area for their own plane and their enemies so that the game can be adjusted based on the players level of play.

Delta Point #3: New planes
Along with the 2 original planes, there will be new planes available as DLC which bring all new original attacks. These DLC can be used on all levels allowing players to have a different game play experience.

Psyvariar Delta has not yet been rated by the ESRB.