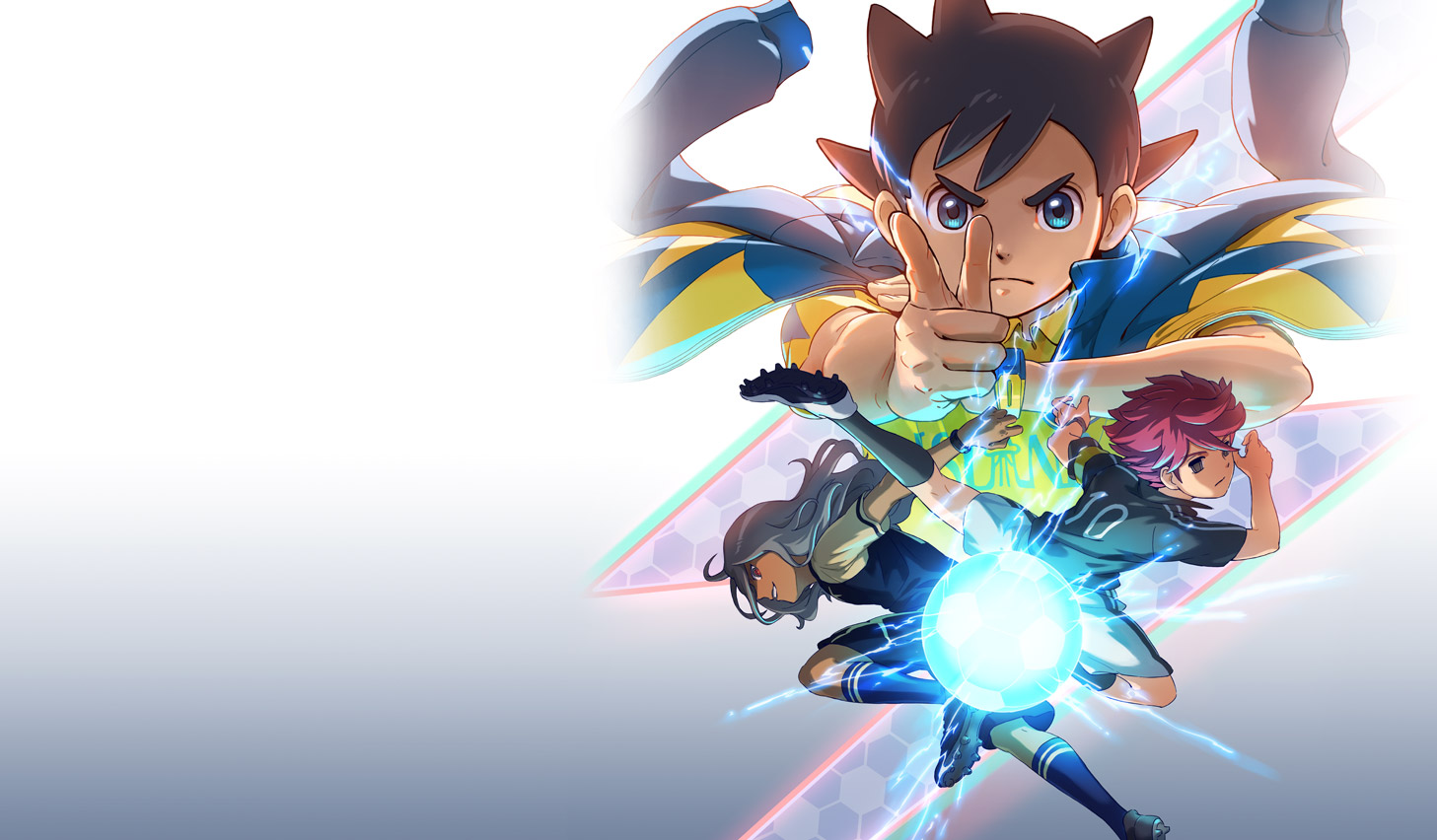 The Raimon Eleven won a spectacular victory at the Football Frontier, and boys soccer became popular throughout Japan.

Schools without a sponsor will become unable to operate a soccer club, and the clubs will be forced to disband.

These soccer-loving boys live on the isolated Inakuni Island, and they are in a crisis of being deprived of soccer.

With their determination, a battle where their fates are all on the line is about to begin!

—The story is set immediately after the original Inazuma Eleven.

Inazuma Eleven takes place in a parallel world. Led by Mamoru Endou, the Raimon Eleven will win the Football Frontier. But after that, a new history different from before will begin!

Three Boys, Each with their Own Story

With soccer recently becoming popular, a large budget is required to manage operations. By sponsors providing financial support, they can finely operate everything from the management of large-scale official tournaments to player practice and health care.

The Inakumi Eleven, the students of tomorrow, are admitted to Raimon Junior High. The old members of the Raimon Eleven seem to be scattered about all over the country as strengthening committee members. Gather and grow your players, and create your very own team!

—What are Goujin and Hiyori doing in front of the old club room…? Are they training to use the special move “Fire Lemonade”?

—“The Edge,” which appeared in episode six of Inazuma Eleven: Outer Code, will also appear in the game.

Super-dimension soccer battles will unfold with extreme force. Use special moves to gain the upper hand in the match.

Super-dimension soccer matches full of presence will unfold on the field. Can you win each game and make it to the top?