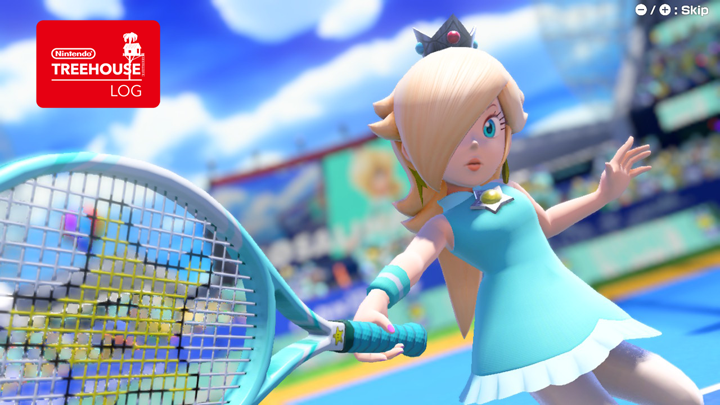 Mario Tennis Aces – Are you a Speedster or a Trickster?

Hi, everyone! Roxanne from Treehouse here. This post is the final part to our character type series for Mario Tennis Aces. (You’ll find part one here, and part two here.) We will be ending this series with pizzazz by featuring the Speedy and the Tricky members of the character roster. Want to take a peek at how favorites like Toad, Yoshi, Rosalina, and Boo might play? Read on!

Speedy characters pack a lot of agility in their small bodies. They can cover the court in a very short amount of time, which helps when you are up against an opponent you aren’t used to playing, and not sure where they tend to send their shots. In a game like Mario Tennis Aces, in which there are lots of potential moves your opponent can make, a Speedy character is handy for reacting to anything your rivals might throw at you. Thanks to the new Zone Speed mechanic, which lets you expend Energy to move lightning-fast, there isn’t an area of the court that these characters can’t reach!

Toad blasting off to tennis stardom.

One of the ways you can offset these characters’ speed is by nailing the timing for Nice serves (a serve hit when the ball is at its highest point in a throw) or executing a smash: these shots are able to knock their opponents back a bit, and Toad and Yoshi tend to be particularly affected by knockback due to their smaller sizes.

Tricky characters throw lots of curve balls. Literally. All of their shots have a bit of a curve to them, which makes their trajectory hard for their opponents to predict.

The cool and collected Rosalina is ready to rumble.

Slices already are quite bendy, so if you execute slices as Tricky characters, they now have the potential to circle right around an opponent, in almost a 90-degree angle! Tricky characters are super frustrating to play against, but super fun to play as… Trip up your opponents with your unpredictable shots.

PS. Your rivals might use Trick Shots to catch up to a ball you’re hitting away from them, so be ready for anything! Also, be mindful of rallying head-to-head with other characters, as Tricky characters hit shots with slower ball speeds.

Hopefully this series has got you thinking about what sort of characters you might like to try in Mario Tennis Aces, and about possible play styles, strategies, and counters to optimize your game. But keep in mind that the roster of characters we’ve covered in this series isn’t exhaustive—you will be able to unlock even more Mushroom Kingdom favorites in the full game by participating in online tournaments. The strategic possibilities are ever expanding!

This post is the last in this character-type series, but look out for more Mario Tennis Aces news here in the future!