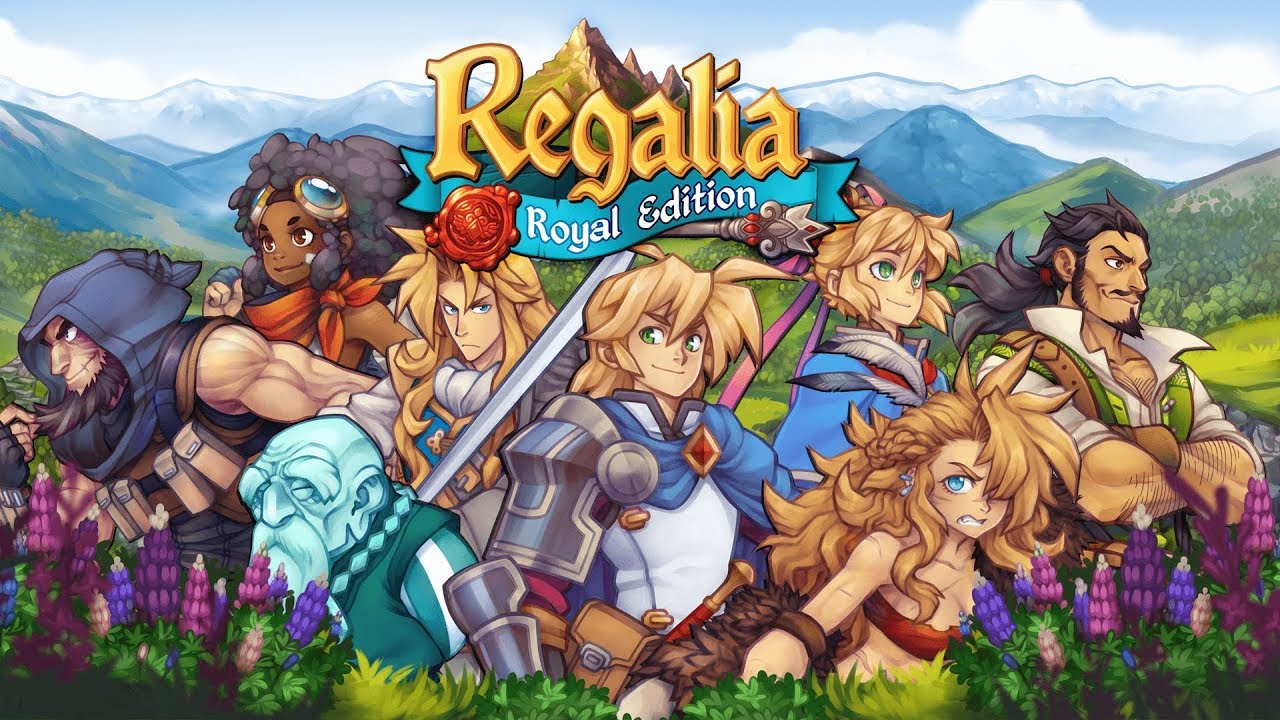 Regalia, a vast and vibrant jRPG with skippable battles, strong artstyle and a whole lot of heart, will launch on consoles in April.

Warsaw, Poland, March 28th: Regalia: Of Men and Monarchs, a playful, vibrant, yet demanding RPG will launch on PlayStation 4 on April 10th, Xbox One on April 13th, and Nintendo Switch on April 12th.

A dash of parody, a pinch of lightheartedness, a touch of tribute, and a large dose of love for the jRPG genre! Check the latest article at PlayStation.Blog and find out why compromise wasn’t acceptable for the indie RPG? Read the full story of an ambitious studio from Poland, watch the interview with Henri-Pierre Pellegrin who brought to Ascalia sounds of a live orchestra!

Regalia draws inspiration from jRPG classics, but also delivers a modern mix of good old adventuring and dynamic storytelling. It’s a tactical RPG, but it’s actually a game about the restoration of your kingdom, bonding with vibrant characters met during your journey, embarking on the most peculiar quests possible, and bringing back your best jRPG moments in an up-to-date, accessible style.

It can also be a game about unforgettable, rewarding combats and well-thought tactics, but that’s for the player to decide – there’s always a possibility to tone down the difficulty level or even skip a battle if someone can’t wait to see what other plot-twists lay before him.

Omitting the battles won’t make all the problems go away, though – there’s always something to be done in Ascalia, like dealing with teammates’ quirks. Take Theo for example, a vampire with a blood aversion, whose biggest dream is to become a hairdresser or Esther’s ambition to make a DIY atomic bomb with just a few gears and spare parts. Oh, and there’s always a fishing mini-game!

Regalia: Of Men and Monarchs has already made its mark amongst RPG fans during its PC launch, but we’re not stopping there. The Royal Edition is an enhanced version of the game that also contains a DLC: The Unending Grimoire, including an endless mode and brand-new characters.

Regalia: Of Men and Monarchs – Royal Edition for PlayStation 4, is available for pre-order in Europe in an OST Combo bundle that also includes the game soundtrack by Game Audio Factory (Endless Legend, Furi) and a dynamic theme.