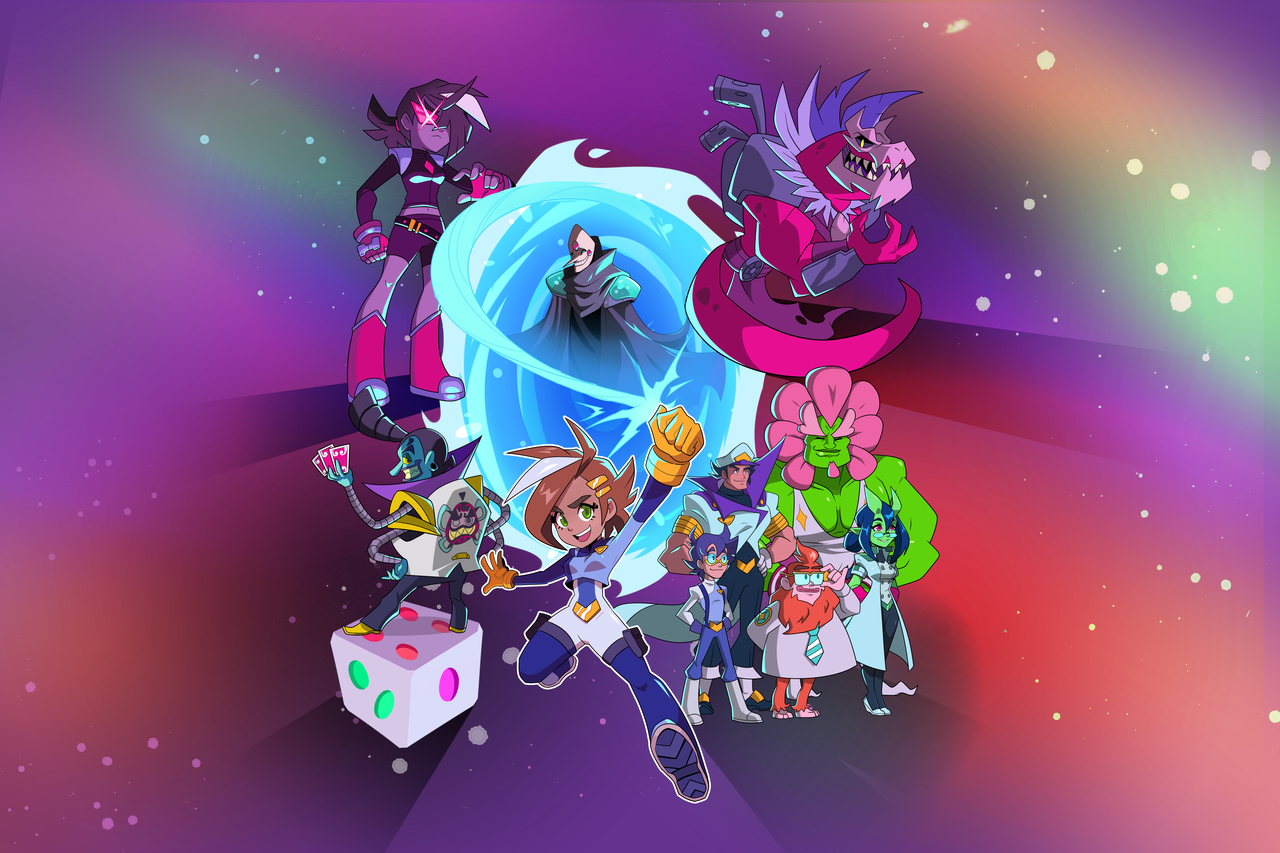 Vancouver and Toronto – April 3, 2018 – Get ready to save the multiverse as 13AM Games today reveals its upcoming action adventure game Double Cross. Published by Graffiti Games, and launching this summer on Nintendo Switch and Steam (PC), Double Cross has players solve a thrilling interdimensional mystery while traveling through time and space in intense, action platforming gameplay. Gamers will get their first chance to play Double Cross at this year’s PAX East by visiting the Graffiti Games booth, 21019.

Get a glimpse of the interdimensional mystery with the first gameplay in this trailer: [insert when available]

Developed by 13AM Games, the studio behind award-winning Runbow, Double Cross is an exciting action adventure game that has players take on the role of Zahra, an agent of R.I.F.T. (Regulators of Interdimensional Frontiers and Technology) whose job it is to maintain peace and order between all dimensions. A recent attack on R.I.F.T. headquarters thrusts players into a thrilling new case where they must use their R.I.F.T. developed gear to sling, swing, fight and investigate across distinct dimensions. During their travels players will gather clues to bring themselves one step closer to finding the identity of R.I.F.T.’s attacker and save every variation of the universe

“We designed Double Cross to accommodate a variety of gameplay styles thanks to our adventure gameplay and unique upgrade system,”said Alex Rushdy, CEO of 13AM Games. “We want gamers to find the style that suits them best, while also adapting to any challenges that arise.  Players are free to customize the way they play and choose how and in what order they play levels.”

In Double Cross players can custom tailor their play style by collecting Upgradium and using it to level up Zahra. Furthermore, the adventure-game style gameplay allows players to choose how and in what order they play levels