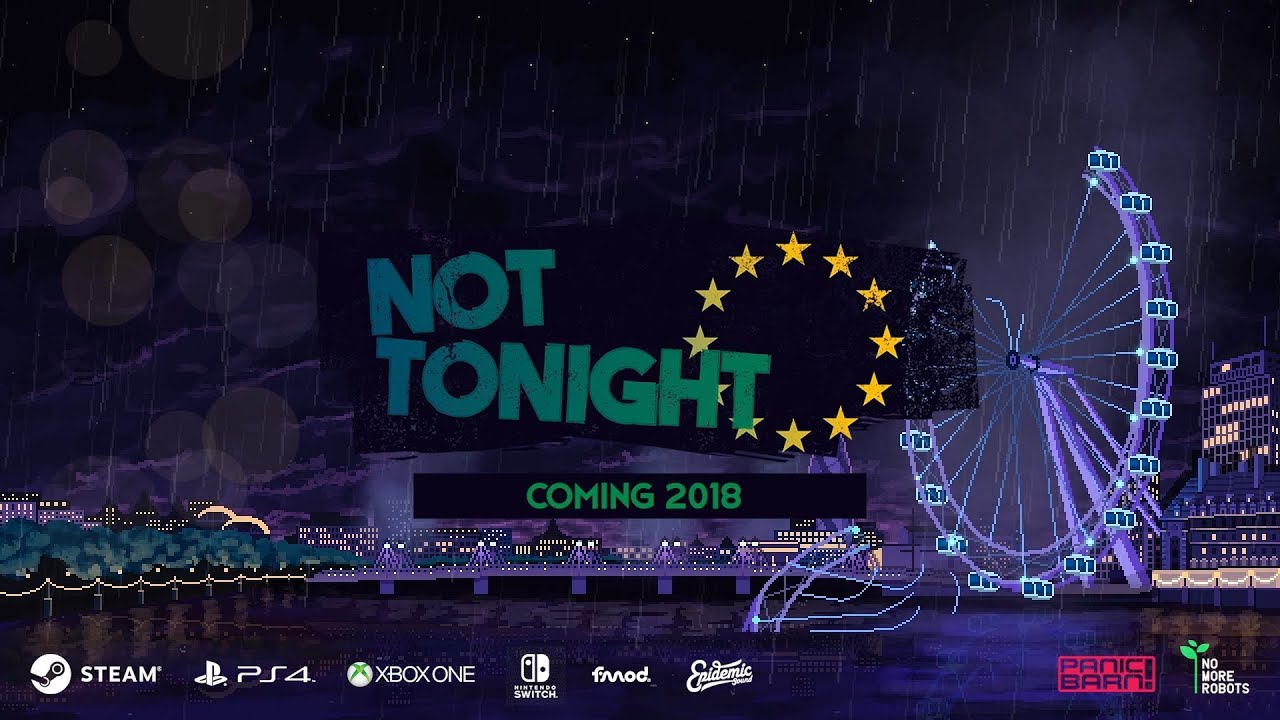 “Person of European Heritage #112: Welcome to Relocation Block B, your new home. Your designated role is ‘Bouncer’. Work hard, stay out of trouble, and we might let you stay in the UK.”

Descenders publisher No More Robots and British studio PanicBarn are excited to reveal Not Tonight, a politically-charged satirical game set in an alternative version of Britain, where Brexit talks have collapsed and an extreme far-right government has taken power.

Citizens of European heritage have been rounded up and exiled. Forced out of your previous life, you find yourself in the midst of a frantic gig economy, manning the doors of pubs, clubs, festivals and parties, and fighting to scrape by and return to the city you call home.

Not Tonight is a post-Brexit management game, fusing a time-pressure RPG with a tale of dark humour where every decision matters. Will you join the resistance and fight the regime – or keep your head down and hope that one day this will all be a distant memory?

Due to launch soon on Steam and later in the year on consoles, Not Tonight asks players to stand in the freezing British weather, and meticulously check IDs, manage guestlists, and stop revellers from becoming unruly.

Work hard, and your payslips will come in useful for upgrading your apartment, clothing and equipment, allowing you to prepare for anything the future of Brexit might throw at you. What lengths will you go to in order to survive in a Britain on the verge of collapse?