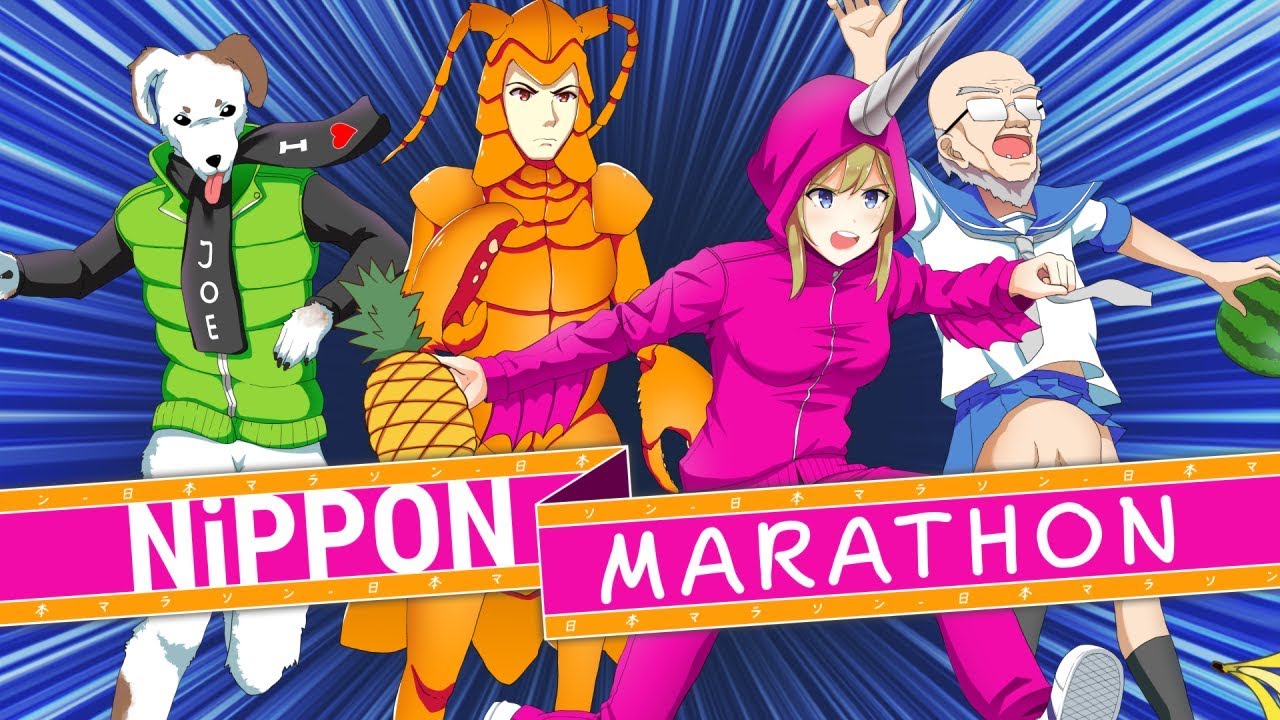 Nintendo Switch, PS4, Xbox One, PC and Mac editions all appear on the finishing stretch, with contestants expected to cross the line in Autumn/Fall 2018

San! Ni! Ichi! Hajime!!! Stretch your muscles and embark upon the ultimate marathon of Japan in a raucous ragdoll party multiplayer racer where anything can happen. Hurdle barrels, outrun Shiba Inu and dive out of the paths of bicycles – all while chucking fruit at your opponents and dashing across planks precariously balanced over waterfalls – in an unreal experience that must be played to be believed.

Four-player madness!
You can’t spell Nippon Marathon without ‘P’, ‘A’, ‘R’, ‘T’ and *checks letters* ‘I’, we suppose… Solo play is supported, but grab up to four pads and enjoy the supreme silliness of gaming’s greatest marathon.

See all of Japan!
Cross the entirety of the land of Nippon in a series of creative courses spanning busy city streets, village lanes, bustling markets, mountaintop shrines, supermarkets and even unsafe sake distilleries! Four courses will be available at the launch of Early Access, with more being added on the road to completion.

Wacky characters!
Go toe-to-toe with some of the coolest contestants who ever did, er… contest! Lobster-man J DARWIN, onesie-obsessive Elizabeth Nishibori, school uniform fan Zenbei “Xen Bae” and the completely normal Snuguru Maestro are among the challengers vying for the podium!

Tons of surprises!
You never know what will happen next in Nippon Marathon. Perhaps you’ll find time for an impromptu spot of slot machine fun? Maybe a news anchor will jetpack in to interview you on the racetrack? Heck, anything is possible…

Drop-in/drop-out play!
Need a bathroom break to squeeze pineapple juice out of your foam lobster claws? Random pedestrian passing by your couch and wants to play? Whatever the cause, hop in and out for the ultimate, flexible party get-together!

Nippon Marathon is out now on Steam Early Access, and is coming to Nintendo Switch, PS4 and Xbox One in Autumn/Fall 2018.

And for all Nippon Marathon updates, please follow the sport’s official news anchor Wedy herself at https://twitter.com/nipponmarathon and https://www.facebook.com/NipponMarathon/ .