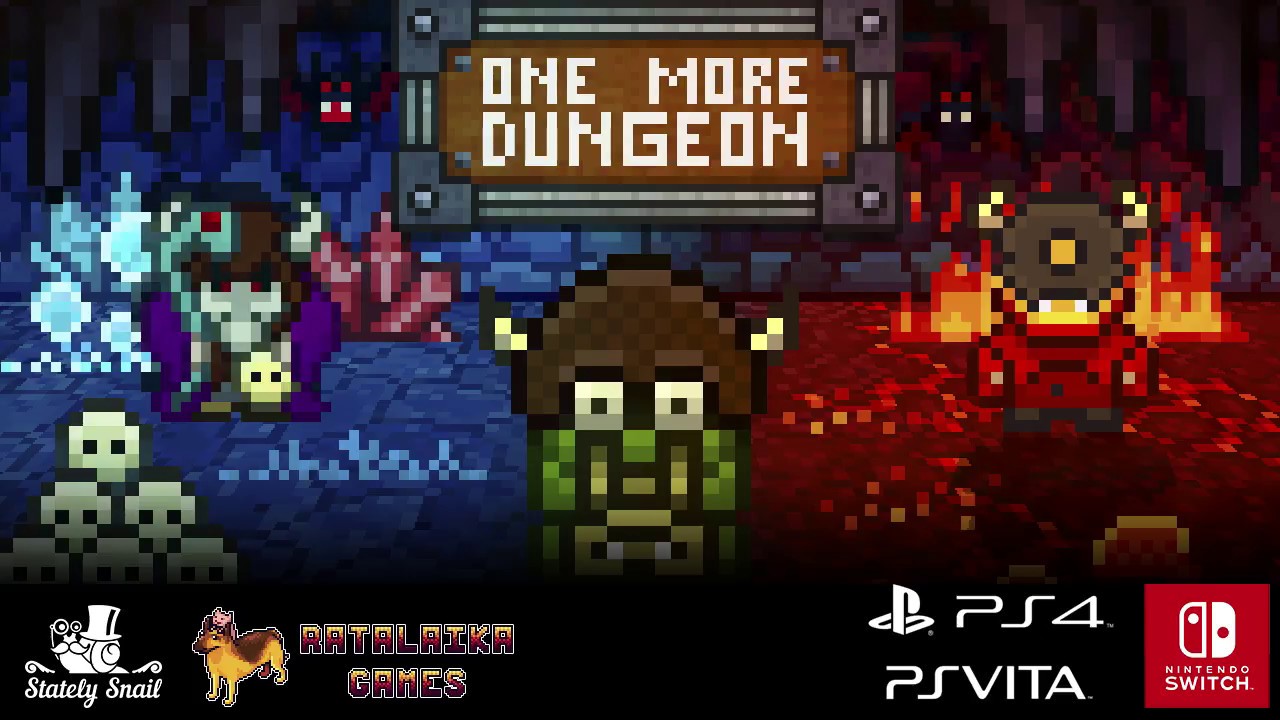 One More Dungeon is a first person shooter roguelike, with procedurally generated levels and pixel-art graphics.

Being a nameless adventure seeker, your job is to reach the final level deep within the dungeon and destroy the obelisks that are used by forces of Evil to invade the world.

Use a melee weapon, magic staffs, and antique artefacts, to burst way through the hordes of enemies inhabiting a few game areas.

Get Ready for Earth Exploration Adventure, as One More Dungeon Releases on Nintendo Switch, PlayStation 4 and PlayStation Vita next week

Leon, Spain — It took a bit of doing, but after keeping you all waiting for long enough, One More Dungeon is content complete and shall make its release on three different platforms this very month and to celebrate, we’ve got a brand new trailer for it and release details to share:

Although we would have liked to arrange a unanimous release for all versions, this was not meant to be, so below we have complied a detailed list of how much One More Dungeon on each platform, and in which regions they will be available in:
Nintendo Switch eShop: