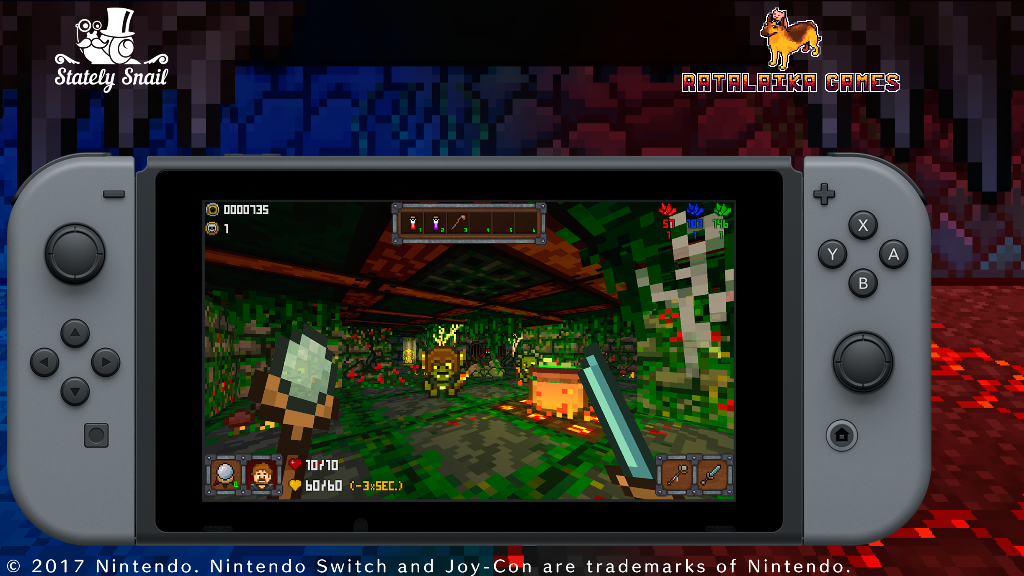 With a terrible evil lurking deep inside a perilous cave,
Are you brave enough to destroy it?

Leon, Spain — August 22nd, 2017 — Developed by Stately Snail, One More Dungeon was the cave exploration action RPG that made its debut on Steam back in 2015 and now thanks to a partnership with Ratalaika Games, it will now be making its way to Nintendo Switch, PlayStation 4 and PlayStation Vita later this year.

A roguelike that places you in the shoes of a nameless adventure seeker, whose job is to reach the final level deep within the dungeon and destroy the obelisks that are used by the forces of Evil to invade the world.

Getting there won’t be easy though as lots of enemies stand between you and your goal, but the good news is you can use all kinds of a melee weapons, magic staffs, and antique artefacts to burst your way through them.

Features:
Fusion of old school FPS and Roguelike games.
Procedurally generated levels.
30+ types of enemies and 80+ items.
Parallel universe with manually created locations.
A Sanity level that can reduced by using artefacts acquired in-game.
Customisable gameplay in the form of modifiers that can be tweaked prior to playing, to tailor make the gameplay to one of your choosing.