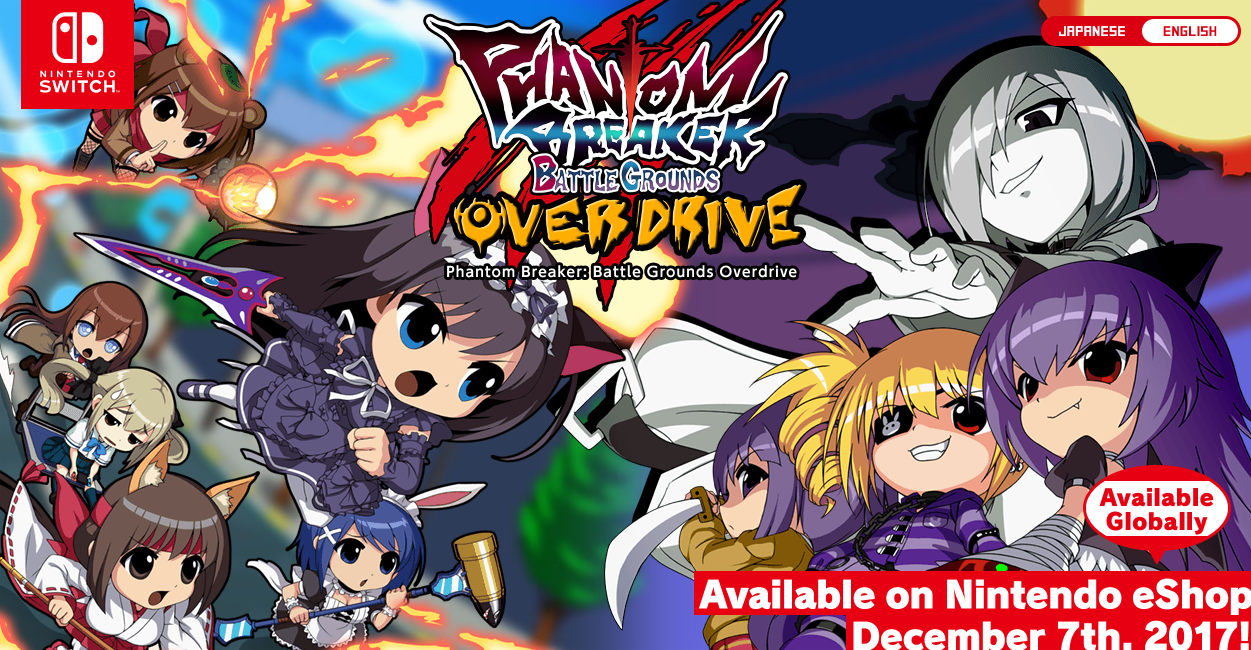 This product is a port to the Nintendo Switch from an existing Phantom Breaker: Battle Grounds Overdrive from another device, but some portions will differ from the PS4 version.

All downloadable contents including the Kurisu Makise DLC, Frau Koujiro DLC, Additional BGM DLC, and Kemo Mimi Costume Pack, which are available for separate purchase on other devices, are all included.

The game balance has been adjusted, such as the strengths of skills and enemy positioning. The alternate routes in the PS4 version has been omitted, to avoid over complication.

The Online Multiplayer and the Arcade Mode’s Online Ranking will be implemented via free update after Nintendo Inc. officially launches the Nintendo Switch Online service planned for 2018.

The mysterious man, Phantom, has been operating in the shadows in order to regain his immense powers, which have been sealed.

He granted a weapon called FA (Fu-mantion Artifact) to young talented individuals, and enticed them into battle by promising them to grant their wish if they win in battle.

This is because the clash between the FAs will generate a distortion in space and time, creating an opening that leads to an alternate world. This opening will eventually unseal his powers.

Waka, the young daughter from the Kumon family belonging to a clan of exorcists rebelling against Phantom, and Mikoto, who offered cooperation, tried to stop this conspiracy, but lost him just before defeating him. In addition, Waka’s younger sister Nagi has been kidnapped by Phantom.

Itsuki, who yearns to become the hero of Justice, and Yuzuha, a ninja who once managed to escape Phantom’s seduction, also joins the fight, and the 4 girls set out on a search mission to track down Phantom and save Nagi.