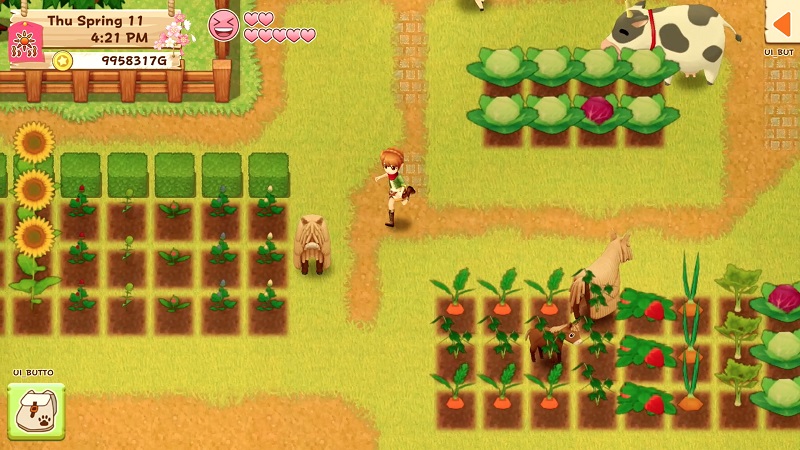 Burlingame, CA. – October 25, 2017 – Natsume Inc., a worldwide developer and publisher of family-oriented video today announced that Harvest Moon: Light of Hope will launch on Steam on November 14th, 2017 for $29.99 USD. This is the first time the Harvest Moon brand will be available on PC. The Steam version launches ahead of the Nintendo Switch and PlayStation 4 versions, which are coming in early 2018 (both Digital and Physical). See the game on Steam here: http://store.steampowered.com/app/585900/Harvest_Moon_Light_of_Hope/

“Due to the hard work of our team, development for Harvest Moon: Light of Hope for PC ran ahead of schedule, allowing us to release the game early to PC players,” said Hiro Maekawa, President & CEO of Natsume. “We have enjoyed creating an all-new game that honors 20 years of Harvest Moon, and what’s more, the franchise will finally be available for the first time on PC, something fans have long asked for!”

In Harvest Moon: Light of Hope, players begin the game as they set out looking for a fresh start and new surroundings. During their voyage, their ship is hit by a monsoon and goes down. As they drift into a small harbor town, now in a shambles from the storm, it will be up to the player to help rebuild the town and save the lighthouse…but it won’t be easy! Nevertheless, with some hard work growing crops, tending livestock, and gathering materials for repairs, players will be able to make new friends, start a family, revive the lighthouse, and save the town!

Harvest Moon: Light of Hope includes new features such as repairing, which enables the player to repair destroyed homes and unlock new shops, characters, farming tools, and farming land. The Farming Friend is another new addition, which helps players grow abundant crops. The game also introduces a retro plus feel, with classic SNES inspired graphics alongside some modern features in honor of the 20th anniversary. And in addition to these new features will be some familiar faces from previous Harvest Moon titles.

In celebration of Harvest Moon’s 20th anniversary, Natsume is holding a Drawing Contest on Facebook. Fans are encouraged to draw and submit their favorite Harvest Moon characters and animals before the year’s end. Fifteen winners will receive special Natsume goodies as prizes. To learn more, visit HERE.