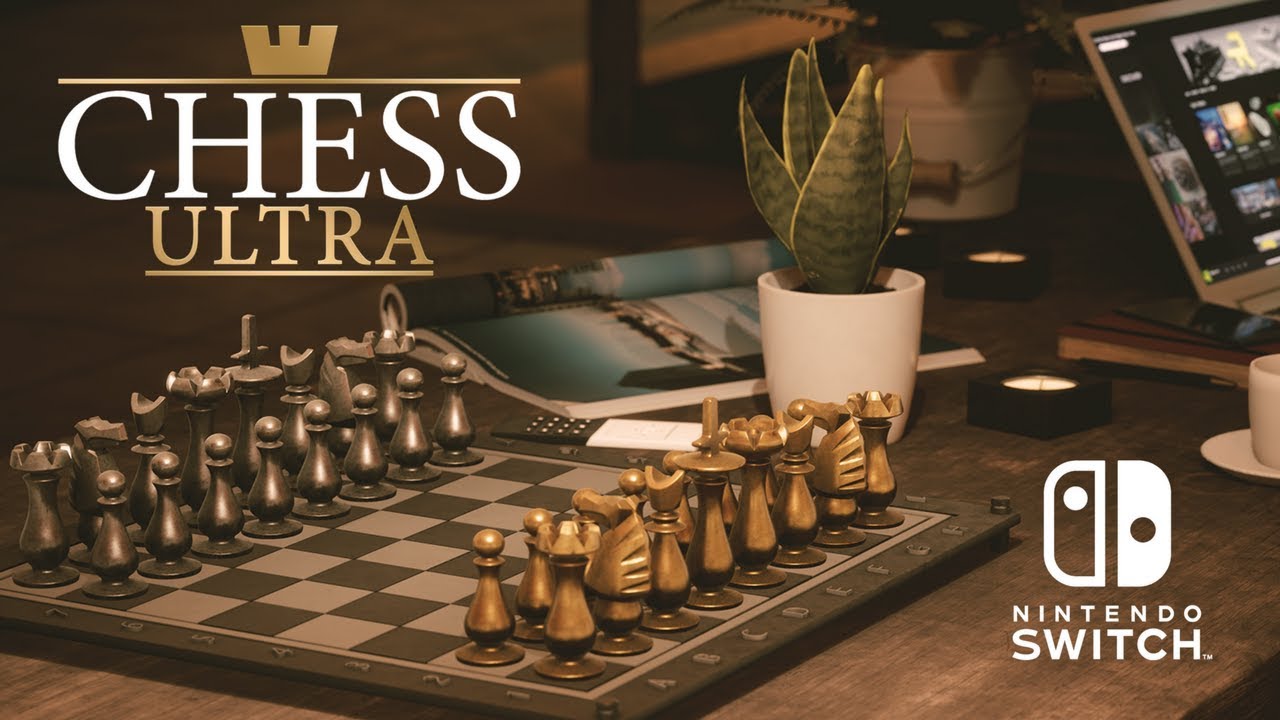 26th September 2017: Earlier this summer, Ripstone, the British publisher behind hit games including Ironcast, Stick it to the Man, and Extreme Exorcism, revealed that Chess Ultra, which is a TIGA Awards finalist for Best Strategy Game, will be launching on Nintendo Switch™ later this year. Today they are delighted to confirm some exciting multiplayer features for the game.
Fans will already know that Chess Ultra features stunning visuals, seamless online multiplayer and Grandmaster-approved AI that offers the ultimate chess experience. Ripstone have today confirmed that the Nintendo Switch™ version of the game will include cross-platform compatibility, enabling players across PC, Xbox One and Nintendo Switch™ to be able to play chess against each other.
It has also been confirmed that Chess Ultra fully utilises the array of intuitive playing options on Nintendo Switch™. You can play on the big screen with the console docked, in tabletop mode with the Pro Controller, and on the go in handheld mode using either the Joy-Con™ controllers or by taking advantage of full touch screen functionality. Additional to this, it will also include a unique way for two people to play the game in local multiplayer cross-table playing mode, whereby the console acts as the chess board. Place the console down between you and your opponent to play cross-table chess. Each player uses an individual Joy-Con™ controller to take their turn, and the game features an adaptive UI for cross-table play meaning you can focus on your strategy and enjoy the ultimate table top challenge.
Key features of the game include…

If you missed the initial Nintendo Switch™ announcement, you can check out the trailer here. Chess Ultra launched earlier this summer on PlayStation 4, Xbox One, PC and VR, with the first of many new DLC launching last week for these platforms; the Pantheon Game Pack. This pack includes an environment inspired by the Pantheon Temple in Rome, and a chess set of Imperial Roman soldiers.
Any press interested in reserving a review code for Chess Ultra on Nintendo Switch™ should email [email protected] detailing your territory, these will be sent out when available.
For more information on Chess Ultra take a look at the Chess Ultra press kit.
###About RipstoneRipstone® is an independent games label that offers a fairer, better deal to developers. Founded in 2011 by publishing and production veterans, their focus is getting indie games onto the digital stores of home consoles and PC, making sure gamers know about it, and rewarding the talent for it.
A finalist for the MCV Indie Games Label 2016 award, Ripstone has published 15 games including Ironcast, Stick It To The Man, Pure Pool and Extreme Exorcism. At their home in Liverpool, England they also have a first-party development studio, and their stunning first title Chess Ultra launched in the Summer of 2017.