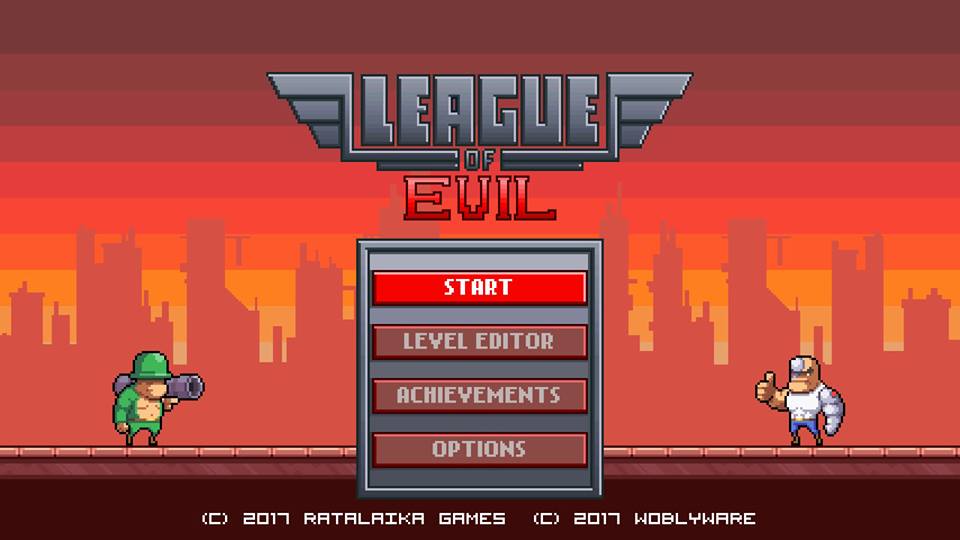 The time for level building madness and villains has arrived!

Leon, Spain — August 24th, 2017  — It’s been a long time coming, but League of Evil is finally making its Switch debut when it lands in the eShop next week onAugust 31st, 2017.
Developed by Woblyware and first brought to Steam and mobile devices, League of Evil is an action game that sees a bionic super agent take on the mission to defeat the League of Evil. Use your acrobatic skills to punch your way through levels filled with deadly traps and defeat your enemies. The world is counting on you!

Among the exclusive levels and various improvements, the biggest aspect of the Ratalaika Games ported version of League of Evil, is the new and easy-to-use level editor for players to create and share custom levels online. As a special feature we have cross-platform online sharing that applies to PlayStation 4, PlayStation Vita, Nintendo Switch and Nintendo 3DS systems. Furthermore there are plenty of custom made levels that are available for you to download for free.
We hope you enjoy creating and sharing levels as much as we do.

As for the price of League of Evil for Nintendo Switch, it will cost 7.99USD / 7.99EUR depending on your region.